Can Boris Johnson or Jeremy Hunt solve the housing crisis? 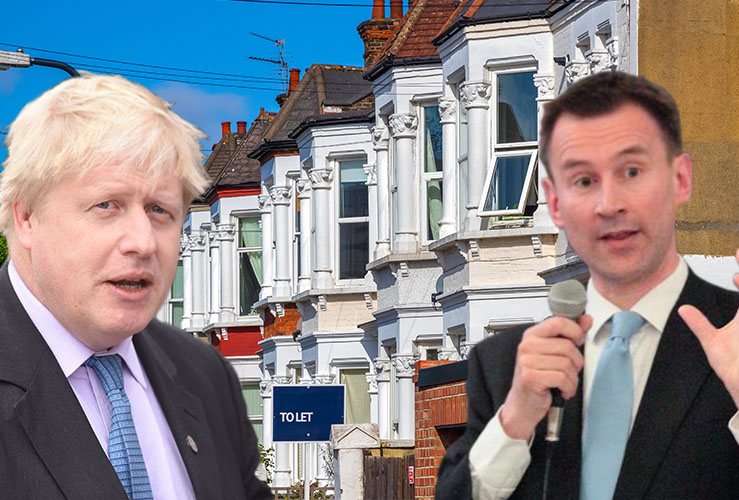 On July 6th the Conservative Party's 160,000 members will vote to select their new leader - and the UK's new Prime Minister. Will it be Boris Johnson or Jeremy Hunt?

Many topics have been discussed by the duo in hustings across the UK, but what do they plan to do about the country's housing crisis?

The impact of Brexit

Aside from the lack of affordable housing in the first instance, how Brexit is handled will impact the number of new homes being built, according to the Survey by the Federation of Master Builders (FMB).

The Federation says no-deal Brexit could have “immediate and potentially disastrous consequences” for the UK construction sector, with material prices soaring, workloads reduced and a drop in enquiries. Ultimately, we may see even fewer homes being built in a no-deal scenario.

Jeremy Hunt, the present foreign secretary, has pledged to build 1.5 million new homes over the coming decade. Hunt wants to tackle the concerns of 'generation rent'.

The new housing plan is part of a wider campaign to win over younger voters. He also wants to deploy mental health support teams to every school and plans to slash interest rates on tuition fee debt.

However this assault on regulation might cause concern to some. Inside Housing's deputy editor Peter App wrote a piece about how enforced deregulation had led to the Grenfell Tower fire in 2017.

That said, Johnson becoming PM might see an increase in house building. According to The Times and the Financial Times, Johnson plans to appoint Sajid Javid as chancellor. This could be positive for the UK's housing crisis because Mr Javid once argued for a huge £50bn house building programme.

It seems that both candidates have plans to tackle the housing crisis, but these are likely to be overshadowed by whether or not the UK avoids a no-deal Brexit.