Since the Grenfell Tower fire in the summer of 2017 in which 72 people died, hundreds of tower blocks across the UK have had to deal with the fire risk caused by unsafe cladding. 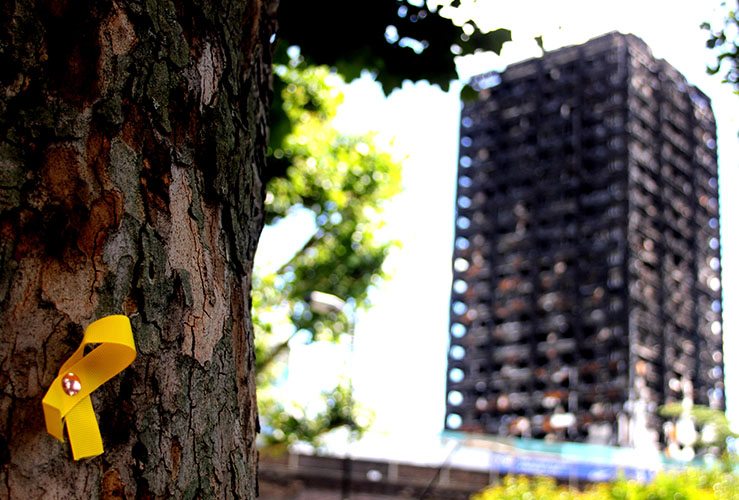 The high risk cladding type is known as aluminium composite material (ACM) - a version of which was used on the Grenfell Tower and is viewed as the likely cause of the rapid spread of the fire. 333 high-rise residential buildings have been identified as being clad with ACM. Many more tower blocks have dangerous combustible non-ACM cladding.

The process of replacing this cladding has been slowed by the vast costs involved and by disagreements over who should foot the bill.

In the meantime, most affected residential tower blocks have changed their fire safety guidance from 'stay put' (as was the case in Grenfell) to ‘evacuation’.

In order to mitigate the fire risk, it has become mandatory in impacted tower blocks to implement one of two safety measures: install a new alarm system, or organise 'waking watches'.

Some private firms offer 'waking watch' services, but these can be exceptionally costly. In an example reported by Inside Housing, one firm charged £24,000 a month for waking watch services. This was reduced to £14,000 a month after residents took up some watch duties themselves. They are paid minimum wage for their services.

The waking watch approach is meant only to be a temporary solution.

But without either instituting a 'waking watch' or installing a new alarm system, these buildings would be regarded as unsafe for habitation and residents would be required to move out.

The need for waking watches has sparked a huge new industry, with security firms, construction businesses and even bailiffs offering their services. In an example provided by Inside Housing, one residential block employed their cleaning firm to fill gaps on the ‘watch’ roster. There appears to be no formal training for the task.

Until dangerous cladding can be replaced altogether - a hugely costly undertaking - the phenomenon of waking watches is here to stay.