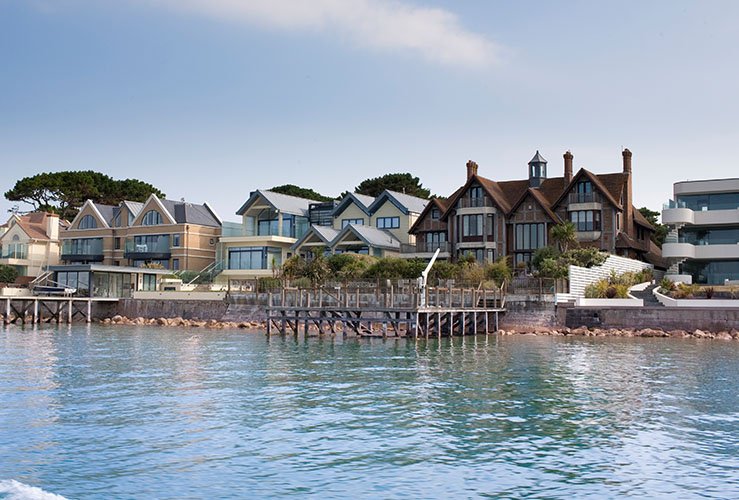 Where do Britain's wealthiest people choose to live? Estate agent Savills decided to answer this question with data from Experian and the Office for National Statistics (ONS). They analysed the locations of households earning more than £100,000.

Naturally, these locations were also where the most costly housing is.

But while such homes are undeniably expensive, they often deliver better housing equity growth than more affordable areas. Lucian Cook, residential research director at Savills, commented: “The consistent pull of high earners to certain locations has resulted in significant concentrations of housing equity in established prime markets. As they have climbed the career ladder so their spending power has risen, fuelling higher long term rates of house price growth than elsewhere in the country.”

The survey looked at the locations of 1.45m households with an income of £100,000 or more - which equates to 5.7 per cent of the entire UK population. The data backed up the notion of a "north-south divide", with 60 percent of £100k+ households residing in London and the Southeast. These areas are where most of the nation’s money is earned (and spent) - hubs for financial services and many other high-earning industries.

The contrast between London and more distant parts of the country is laid bare by the fact that one in six London households earn £100,000 or more, compared to 32 in the Southwest and only one in 87 in Northern Ireland.

Other interesting comparisons related to local authority statistics. For instance, there are more than double the number high earners in Wandsworth than in the whole of Wales (44,400 compared to 19,900).

Percentage of households bringing in more than £100,000:

Wealth concentrations across the UK

While London and the Southeast are undoubtedly magnets for the UK's wealthy, the nation’s provinces also have their high earning hotspots.

For instance, the highest ranking area in Scotland is Milltimber, where 40 per cent of households earn £100,000 or more. Located near Aberdeen, most of this wealth was drawn from the North Sea oil industry.

And in the Northeast, Wilmslow ranks number one - a favourite among football stars and where 20 percent of locals earn £100,000 or more.

Meanwhile in Sandbanks, located on a pretty stretch of the Dorset coast, 28 percent of households earn £100,000 or more.