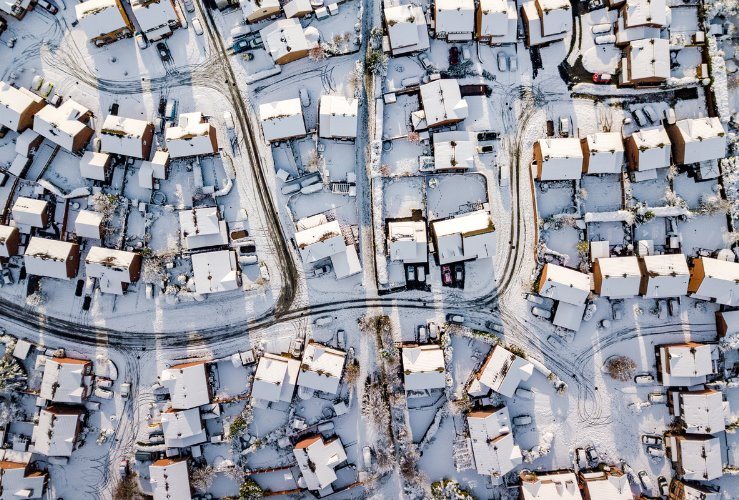 Those with homes on the property market are having to face "price realism" instead of "price optimism", according to one home selling website, as asking prices fall for the first time since 2011.

The price retreats are led by London housing, and are seen in other high-priced property brackets across the country.

The average UK asking price fell 0.2 per cent to £303,023, according to property website Rightmove. Month-on-month, prices fell 1.7 per cent, the most significant drop for October since 2012.

In the Greater London area, average asking prices decreased by 2.4 per cent year-on-year, to £614,271. Zone 1 properties saw the biggest losses, falling by nearly 6.9 percent - to £1.3m on average.

However, in outer zones losses have not been so dramatic, with Zone 6 seeing average asking prices rise 3.1 per cent, year-on-year.

The picture elsewhere in the UK is rosier, with average house prices increasing by 3 per cent in the 12 months to June - a slight fall on the previous year-on-year data.

The impact on London markets may also relate to affordability as well as Brexit. Lucian Cook, director of residential research at Savills, was quoted by the FT.com as saying: “Markets in London and the south-east are close to the limits of mortgage regulation; there just isn’t that capacity to stretch loan-to-income ratios.”

Cook also pointed out that the "financial commitment of buying in London" is significantly greater than buying in the north, since prices in the capital are so much higher.

Miles Shipside, a director and housing market analyst at Rightmove, commented: “Stretched buyer affordability and the cooling markets in the south and in upper price brackets have combined with the ongoing political uncertainty to change pricing optimism into pricing realism.”

How would a no-deal Brexit impact house prices?

Mark Carney, governor of the Bank of England, said a disruptive no-deal Brexit could see house prices plummet by 35 per cent. However, that is considered a worst-case scenario. The impact on property prices and mortgages will hinge on any deal with the EU and how it affects the UK economy.

For many in areas with falling property prices, there is reason to "wait and see" how any Brexit deal plays out.

Jonathan Harris of the London-based mortgage brokers Anderson Harris, told the FT that the housing market could “recover quite quickly if there is a semblance of a reasonable deal”. “But if people keep holding back, that is a self-fulfilling prophecy.”