Before the EU referendum, the UK government said house prices would fall 18% within two years if Britain voted to leave the bloc. The IMF offered a similar prediction. 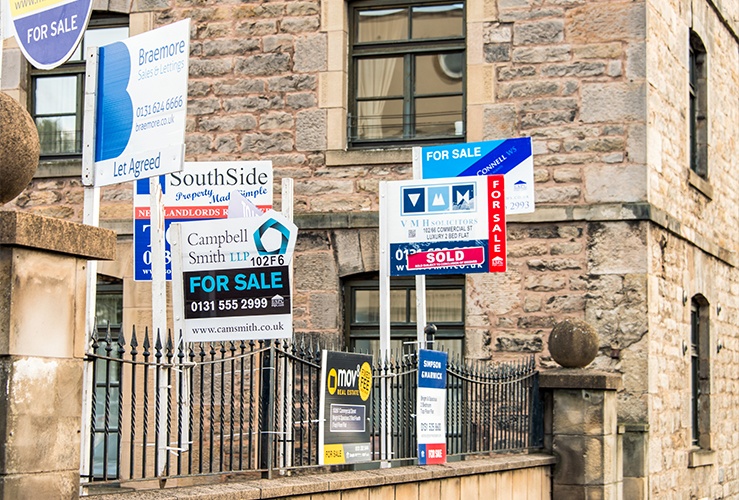 However, in the event, house prices actually rose by 7% in the 24 months after the vote.

Such predictions are often called 'project fear' by pro-Brexiters, especially since they didn't turn out to be accurate.

But concerns over the UK housing market have returned with the prospect of a no-deal exit from the world’s largest trading bloc.

The Office for Budget Responsibility (OBR) published its Fiscal risks report 2019 in July, which suggests house prices could drop 10% in the event of a hard Brexit, and 13% by 2024.

The OBR could choose between two impact assessments from the IMF - and they chose the "rosier" of the two. Considerably more worrying is the model issued by KPMG, which warns house prices could fall by up to 20%.

Even some tabloids - some of which regularly poo-poo the notion that Brexit could be economically damaging - have issued warnings about house prices: “Sell your house in 30 days and avoid nationwide no-deal price crash”, said the Daily Express.

However, falling house prices might not all be about Brexit. Steadily falling interest rates, and people taking out increasingly bigger mortgages will continue to impact property prices, according to Andrew Burrell of Capital Economics.

Quoted in the New Statesman, Burrell said no-deal "will make a difference – things will be worse – but the general view that we have is that it will probably hit transactions more”.

What about the "Brexit bounce"?

There is another school of economics that says prices will actually rise whether we leave with or without a deal. However, Burrell and others view this as unlikely due to large personal debts, sluggish wage growth, and property prices that are already very high.

However, overseas buyers may find UK properties more affordable - if the pound slumps even further, which is considered highly likely in the event of a no-deal Brexit.