Thefts of catalytic converters in hybrid cars have surged in recent months, as gangs target the precious metals found in the devices. 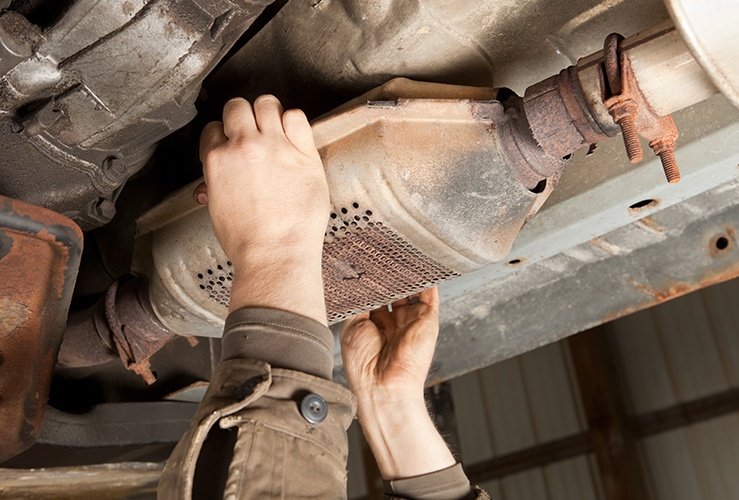 A shortage of parts has left motorists across the UK unable to drive their vehicles, with Toyota reporting a 2,000 percent increase in demand for replacement catalytic converters.

Hybrid cars such as the Toyota Prius and Lexus 400h have become big targets as they are easily recognisable.

London and the southeast have seen some of the biggest rises in thefts of hybrids.

According to Metropolitan Police data provided to the Guardian, there were 2,900 catalytic converter thefts in the first half of 2019, compared to just under 1,700 in the whole of 2018.

Toyota say they are currently unable to meet demand for replacement catalytic converters. The firm has 500 on order but deliveries of these are not expected until December.

A degree of irony has been noted in the rise in the value of precious metals like rhodium, since it has largely been driven by demand for catalytic converters.

Hybrid cars - which use both electric and fuel power sources - are particular targets because their catalytic converters are used less often and their precious metals corrode more slowly.

Police have urged car owners "to be vigilant" and to enhance security measures.