Transport for London (TfL) is introducing pedestrian priority technology at crossings in the capital in an effort to make the city more walkable.

The innovative Green Person Authority technology features a continuous 'green person' signal until a vehicle approaches, making it easier to cross the road. 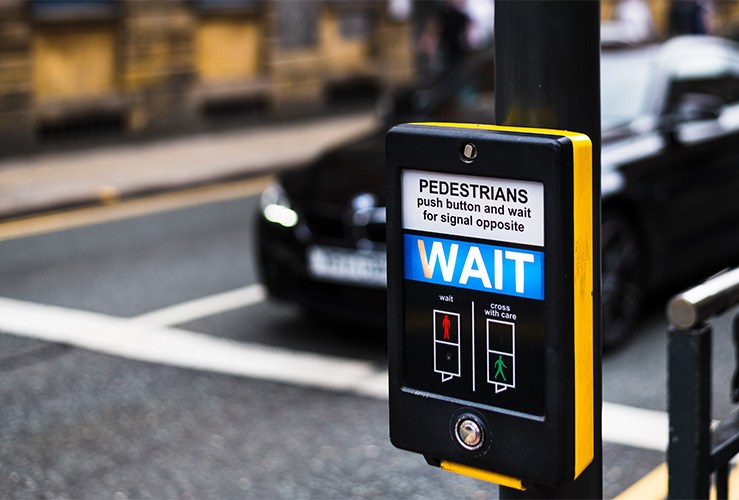 How will it be introduced?

18 such signals have been installed. TfL will identify other suitable locations for the Green Person Authority systems in the coming years.

The initiative aims to make London more sustainable and to support its economic recovery following the pandemic. TfL data suggests people who regularly walk on the high street spend up to 40% more than those who arrive by car.

Is there a need for more walkways in London?

TfL has also been working with London boroughs to widen pavements, increasing pavement space by 22,500 sqm. Such initiatives have helped people to socially distance more easily during the pandemic.

In addition, the authority has introduced the Lane Rental scheme, a £350-per-day levy on organisations carrying out roadworks that inhibit access to pedestrian walkways, in an effort to discourage works being carried out at busy times.

Sums raised from the initiative will be invested into innovations aimed at reducing disruption and congestion caused by roadworks.

Why is this pedestrian initiative being introduced?

Will Norman, London’s walking and cycling commissioner, commented: “Walking has so many benefits – it doesn’t just enable us to get from A to B, but also improves our mental and physical health. We know that safety is a key concern for people walking around London, and giving pedestrians priority is a powerful way of putting them first and making it easier to cross London’s roads. By combining this with creating extra pavement space and ensuring roadworks are carried out in a way that doesn’t disrupt Londoners, we will make our city the world’s most walkable and eradicate collisions on our streets.”