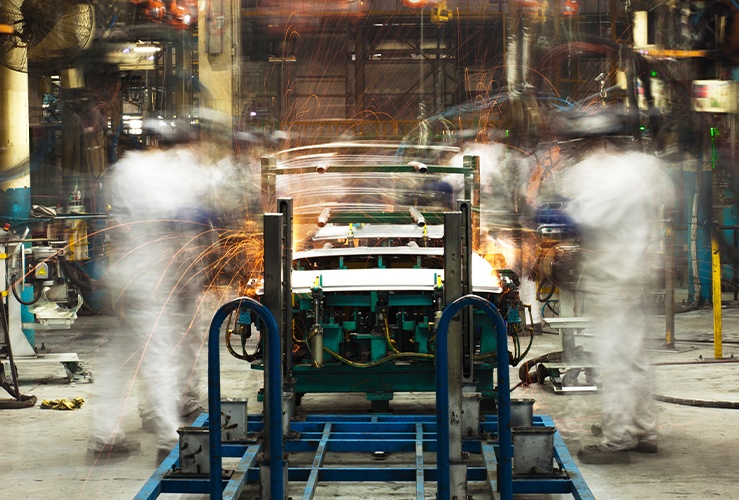 UK car factories produced 3.3% more cars in August compared to last year, according to the Society of Motor Manufacturers and Traders (SMMT).

Last month saw 92,158 cars roll off production lines, compared with 89,255 last year. That equates to the first rise in output for 15 months.

However, the positive figures are the result of production schedules rather than a rosier commercial outlook.

Most UK car plants shutdown in August, but this year the temporary closures were brought forward to April - in order to avoid conflict with Brexit, which was initially meant to take place on 29 March.

Because of the shutdown in August 2018, the figures for this August look better.

Year-to-date production figures were less impressive. So far this year, UK plants have produced 866,918 vehicles - a significant fall of 17% compared to the same period in 2018.

Mike Hawes, boss of the SMMT, called August's growth “welcome” but made clear the figures “mask the underlying downward trend and strengthening global headwinds facing the sector, including international trade tensions, massive technological upheaval and, in the UK, political and economic uncertainty. Softening of global demand is compounding the challenge to UK manufacturers for whom a no-deal Brexit would be a hammer blow.”

New car production data can be interpreted in different ways, with certain time periods suggesting positive growth but longer-term stats pointing to deeper problems. Indeed, the long-view of UK car production reveals it is running at a seven year low.