An all-new electric car will surface on UK and Swedish roads next year, called the Uniti. 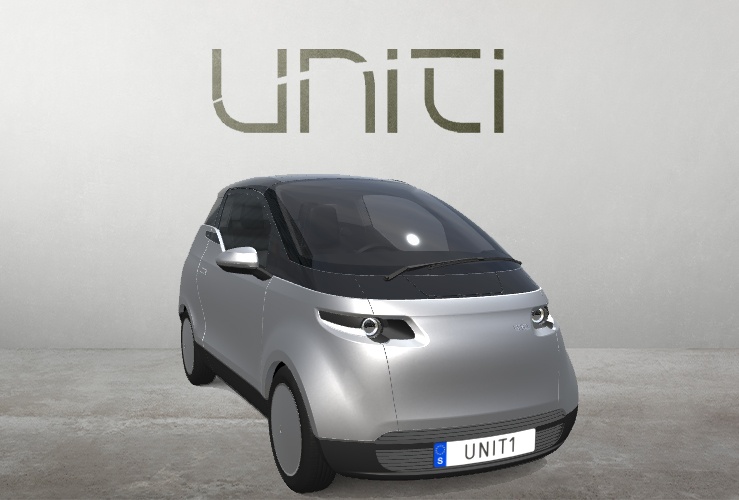 The vehicle will weigh just 600kg but will have space for a driver and two passengers - with the driver occupying front and centre. It will also have 155 litres of storage space - and even more when the rear seats are folded down.

Designed in Sweden, the Uniti has been developed and built in the UK.

The Uniti will feature an electrochromic sunroof, which can turn dark or completely transparent in a flash.

Buyers can choose to have the car in any colour - as long as it's greyish-silver: the palette of Scandium, Graphite and Titanium is likely to be expanded as time goes on.

Rather than a key fob and key the car is unlocked and started by an app. The dashboard will feature two touch screens - one on either side of the wheel. These will run Google’s Android Automotive OS.

There will also be buttons for ‘drive’, ‘neutral’ and ‘reverse’.

The Uniti will have a top speed of around 75mph, making it suitable for motorway use. It will be able to hit 31mph from standstill in 4.1 seconds, and 62mph in just under 10 seconds.

Range is pretty decent for urban driving: the 12kWh battery delivers a range of 93 miles, while the 24kWh variant allows for double that.

There have been no real-word tests on the Uniti, but if the manufacturer's figures are correct, the car will have better range than the Fiat 500e, Mini Electric or Ford Focus Electric.

Brits and Swedes will be able to buy a Uniti One by the middle of next year.