Vehicles are generally less susceptible to trends than some other items such as clothes. What’s more, changes in vehicle design are generally about creating a more effective and efficient product, although there are a number of high-end models that are largely about advancing an aesthetic vision. 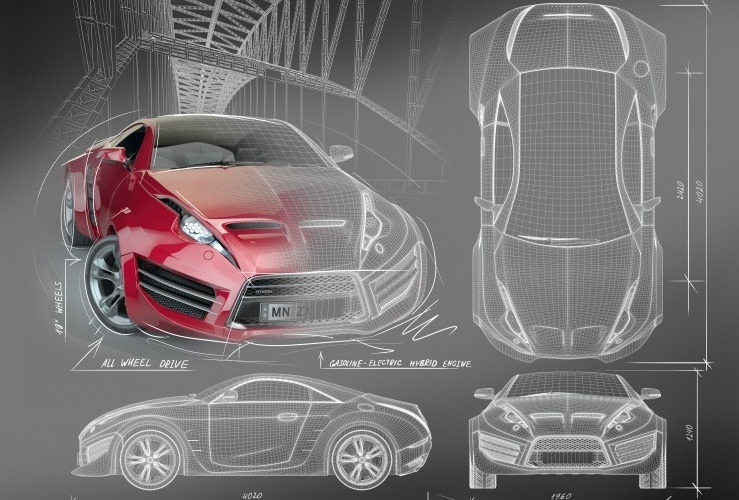 Some of the biggest concepts in the future of car design are currently being hashed out.It will be interesting to see how attempts to turn science fiction into science fact work out in the real world and how popular these innovations prove with the wider driving public. 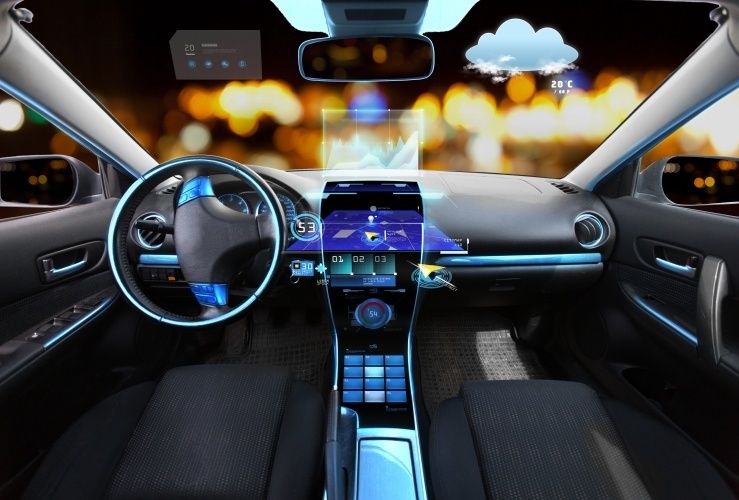 With the rise of connected technologies such as the Internet of Things (IoT), many car manufacturers are keen to take advantage of the latest trend for their vehicles. This means that some new cars will be gathering data about how they are being used, which will then help refine designs for the next generation of vehicles.

Of course, this is all tied into the drive to develop autonomous vehicles, which will be the biggest innovation in car design for a generation, if it comes to fruition.

Technologies based around the principle of allowing a car to control its own movements are already becoming mainstream, from automatic steering correction to sensors that can help drivers avoid other road users and obstacles.

In the future, these developments may well lead to a complete reconfiguration of the way that cars are constructed, as the need to focus all the essential apparatus around the driver becomes less of a concern.

An example of this is BMW’s electric vehicle, which the company has billed as a “living space” rather than a car. This may seem like a high-concept marketing campaign, but it could be a sign of things to come in the way we think about the purpose of our vehicles.

The idea behind this car is that allowing a machine to take on comparatively simple tasks such as steering and finding a parking place could free up humans to do something else with the time they would otherwise spend driving - hence the designation of the car as a place for living, rather than an object to sit in to get to somewhere else.

This may not appeal to those who find driving an enjoyable pastime in and of itself, but it is certainly a new and interesting way of looking at the vehicle. And as with all proposed autonomous vehicles, there would be a human override option, which could be used in case of technology failures, or possibly in cases where the passenger simply preferred to be in control.

Another aspect of connected vehicles is the increasing amount of technology available to drivers themselves. Once items such as satellite navigation systems were luxury add-ons sold by specialist companies, but they are now increasingly being built into the central hubs of cars themselves. Increasingly complex entertainment systems and communications hubs are other examples of this, although they are not designed to be used by the driver while the vehicle is in motion.

Increasing vehicle autonomy has led to the need for more and more extensive and sophisticated computer system within a car itself, for it to be able to take advantage of all the latest features. For example, the Audi TTS concept car displayed at the Consumer Electronics Show in January 2015 gets its intelligence from the NVIDIA Tegra X1 processor. This allows it to learn about its surroundings and the typical behaviour of its driver, so that it can make the necessary adjustments to ensure that driving is as safe as possible.

Electric cars are one of the many potential answers to the diminishing amounts of crude oil that is used to make petrol and diesel around the world. Now that electric cars have sufficiently long battery lives to be a viable option for many motorists, manufacturers are starting to compete with each other to corner shares of the ever-growing market for this kind of vehicle.

The recent attack on Apple’s plans to create its own electric car by Tesla’s founder Elon Musk reflect how strongly competitors feel the need to showcase their own credentials as innovators. Mr Musk described Apple as a “Tesla graveyard”, suggesting that it was where designers who were not good enough for his company ended up.

Regardless of the truth of his statements, it is very revealing not only that famous innovators Apple are considering branching out into vehicles, but that established companies in the sector appear to feel threatened by it - or at least feel the need to dismiss Apple in the media.

Some sources have even suggested that Apple might not even need to build the cars itself - it is possible that the company will be able to simply sell the designs it creates to third-party manufacturers, who are then able to make and market the vehicles themselves.

In the same interview in which he criticised Apple, Mr Elon described his company’s plans to create the next generation of electric vehicles and encouraged others to join in.

He said: "Our goal at Tesla is for cars to transition to e-vehicles. That's why we opened up all our patents for use by anybody."

At the start of the year, Toyota also announced that it was making thousands of patented technologies pertaining to its hydrogen fuel cells available for other developers to use without paying royalties. This reflects the growing influence of what has been described as the “sharing economy” and suggests that in some quarters, marketing and peripheral features may be distinguishing factors between cars in the future, rather than the fundamental technologies.

Electric cars in general are continuing to gain traction and are becoming harder to distinguish from their petrol and diesel-fuelled cousins. An increasing number of traditional car manufacturers are beginning to take advantage of battery technology in their new models, showing that people are prepared to move beyond the stereotype of the environmentally conscious hippie who drives a Prius to fully explore the potential of electric vehicles.

However, there are always new technologies coming onto the market when it comes to powering cars, with recent offerings having included a solar-powered car, as well as one that can generate its own electricity from seawater. There are also plenty of other ideas still in the funding or development stage, so it can often feel like the only limit to fuel solutions is the imagination of the designer.

Regardless of the form it takes, the planet’s diminishing fossil fuel resources are likely to lead to a move away from petrol and diesel-powered engines, towards some sort of more sustainable alternative. It is also possible that there will not be one dominant power source for vehicles, meaning that motorists have a range of options to choose from.

Of course, when innovations are coming thick and fast, it is impossible to predict which ones are going to stand the test of time and which are likely to be jettisoned at the next model update.

However, designers’ ongoing quest for new, exciting and more effective technologies and effects means that the rush towards the future is unlikely to stop any time soon. And motorists’ spending power puts them very much in the driving seat.