What does EV stand for? Is it the same as BEV? And what does KwH mean in relation to cars?

If you're new to electric vehicles, all this new abbreviation-laden terminology can be rather confusing.

Thankfully, we've created a glossary of all the important terms, so you have a better idea of how electric vehicles work - and won’t feel silly when someone mentions one of them. 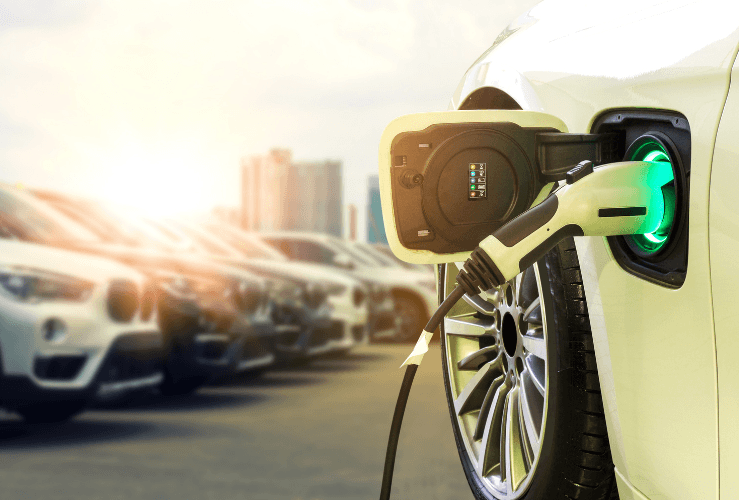 EVs explained: A note on UK vs US terms

The following EV terminology is common in the UK, and in some cases differs from the United States and other countries (e.g. 'Level 1 Charging' and 'Level 2 Charging' are used in the USA to describe slow and fast charging, but these terms are rarely used in the UK. Instead, UK drivers may talk of Type 1 and Type 2 connectors).

A vehicle that is not powered by a petrol or diesel engine.

An AFV may be pure electric, or may be some kind of hybrid system that uses electric for short trips, and diesel for longer trips that require a higher speed.

The process of charging an EV/the system that enables the charging of an EV.

A connecting device attached to the charging cable from EVSE (Electric Vehicle Supply Equipment) that connects to an EV.

In the UK there are generally Type 1 and Type 2 connectors.

A round four-pin plug used for rapid charging (50kW DC). Usually associated with Asian car brands like Nissan and Mitsubishi.

A CHAdeMO needs two separate sockets. Vehicle to Grid (V2G) (see below) is possible but this system delivers less power than a CCS (see below).

An EU-standardised connector that combines two DC pins situated below the Type 2 AC connector and uses 3 of the Type 2's pins.

CCS is common on Type 2 BEVs.

The term for electricity constantly travelling in one direction.

This is the fastest high-powered way to charge an electric vehicle, with a full charge delivered in around 40 minutes. 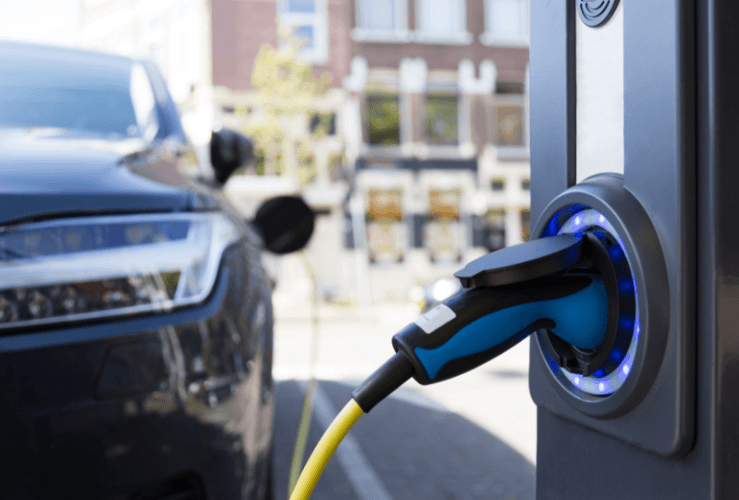 You may have arrived here after typing ‘what does EV mean in cars.’.

Synonymous with BEV (Battery Electric Vehicle), an EV is a vehicle driven by electric motors, fully or partially.

The protocol that underpins the safe flow of electricity between electric vehicles and chargepoints.

Combines the advantages of BEVs and PHEVs: An EREV runs locally on electricity, with zero emissions. But once the battery is depleted to a certain level, a small internal combustion engine (ICE) powers a generator that delivers electricity for the vehicle to continue - thereby extending its range.

EREVs have been designed to eliminate or reduce 'range anxiety' (see below).

The USA’s Environmental Protection Agency has developed what is arguably the most rigorous and accurate test for range.

Would-be car buyers may trust the EPA's range in preference to the NEDC or WLTP.

A vehicle with a fuel cell, usually one of the hydrogen variety which generates electricity for the motors.

A HEV has a small battery and an electric motor.

A HEV can travel short distances on electric power-only. For longer distances the ICE (Internal Combustion Engine) takes over, which re-charges the battery.

This battery cannot be re-charged any other way (e.g. a chargepoint).

A traditional engine that runs on petrol or diesel. Works by 'combusting' an air-fuel mixture within a cylinder, which in turn drives a piston. The force of the piston drives the crankshaft, which delivers power to the wheels.

This colloquialism (i.e. to be “ICE’d) is sometimes used when an ICE vehicle occupies a chargepoint space, thereby making it unusable for EV owners.

An energy unit - equivalent to the energy expended in one hour by a single kilowatt of power. It is the electric car's equivalent to gallons/litres of fuel in a regular ICE vehicle.

This is a UK government grant to help with the cost of installing an electric car home charger.

However, the £350 OZEV Electric Vehicle Homecharge Scheme (EVHS) is no longer available to claim as of March 31.

This type of electric vehicle is similar to a traditional hybrid, but has a larger battery pack that is charged with an EVSE.

A vehicle that only runs on electricity.

How far a vehicle can travel on a full charge before needing a recharge.

Range anxiety is the phenomenon of someone being put off buying an EV due to insufficient or unsatisfactory battery range.

While the UK chargepoint network is growing, some drivers still worry they may run out of electricity far from a chargepoint - although some breakdown providers now operate mobile chargepoints to help in such situations. 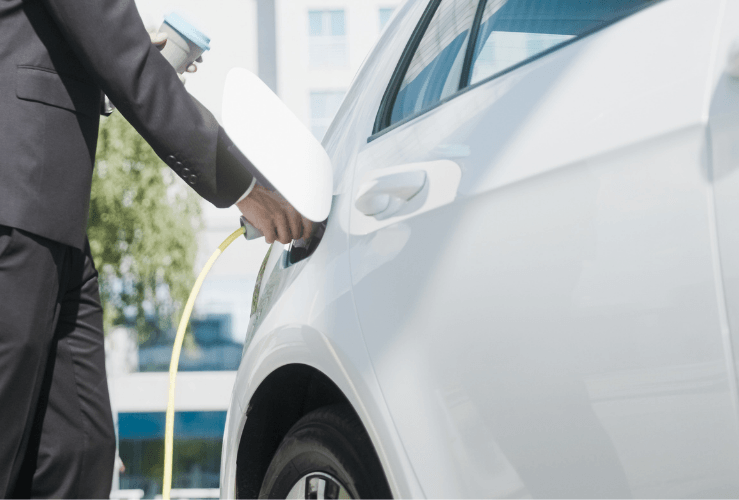 The amount of range a battery has after an hour of charge.

A system that recovers energy when an electric vehicle slows down, helping to increase the battery range.

Most UK homes and businesses provide Single-phase power. This can support a chargepoint up to a modest 7kW.

A general term for the functionality of WiFi-connected charge points, which can perform things like energy monitoring, load balancing and 'managed charging' - where, for example, charging is reduced when the grid is experiencing high demand, and increased at low-demand times.

This plug type has a power rating of 3-7kW AC, single phase.

About 12 miles of range is added every 30 minutes.

This plug type has a power rating of 3-42kW AC, Single Phase/Three Phase (Fast Charge), and adds about 75 miles of range per 30 minutes of charging.

Tesla has developed a 120 kW DC version of Type 2.

The practice of 'topping up' your battery when you get the chance - i.e when it is not in use and you have access to a chargepoint.

Top-up charging reduces range anxiety and means quicker charge times when you do a full recharge.

This is the twisting force that results in rotation.

In ICEs, torque increases over time as the vehicle accelerates. But with EVs, the torque is delivered immediately, which means exceptional acceleration - to the degree some mid-range EVs have better acceleration than many ICE-based supercars.

This is the slowest way to charge a vehicle. Trickle charging can be done with a standard UK 3-pin plug (which is not as safe as dedicated chargers).

It can be used to charge some EVs, but is slower and less safe compared to a specialised chargepoint.

This is when power is sent back into the national grid (or your home) from your EV's battery via the charger.

V2G owners get paid 30p per kWh of electricity they provide.

The WLTP has replaced the NEDC as the official standard.

In terms of range, the WLTP figure is more accurate than the NEDC, but it is still more optimistic than the EPA's range figure.

A vehicle (e.g. the Tesla Model S) that does not generate any exhaust pollutants from its onboard motor.

The use of ZEVs underpins much of the world's efforts to reduce emissions and therefore global warming.

Additionally, when being driven, ZEVs do not generate pollutants such as hydrocarbons, carbon monoxide, ozone, lead, and NOx particles, all of which can be harmful to humans.