What is a semi-automatic car?

As you’ll be aware, there are two main types of car gearbox, manual or automatic.  But there’s also a third option – the semi-automatic!

Let us explain just exactly what a semi-automatic car is…

What does semi-automatic mean?

What does semi-automatic transmission mean?

Semi-automatic transmission means that the vehicle combines manual and automatic gearboxes - offering the best of both worlds.

What is the cost of a semi-automatic car?

A car with a semi-automatic transmission can be a bit more expensive than a regular manual car; however, it has a lot of benefits.

What is the main appeal of having a semi-automatic car?

The main appeal of having a semi-automatic car is that the driver has the option to control the gears manually or automatically, whichever they prefer at the time.

What is the difference between an automatic and a semi-automatic car?

In an automatic car, there is no alternative. In an automatic, gear changes are carried out by the vehicle, rather than the driver - the car’s computer determines what gear is selected and when it gets changed.

So what is a semi-automatic gearbox? And how does it work?

Let’s look at the semi-automatic transmission in more detail….

The kinetic energy produced by the engine helps rotate the wheels, while carefully tuned gear ratios control how fast or slow your wheels spin.

Crucially, in a semi-automatic there is no clutch pedal, as is the case with an automatic car. Instead, the car’s CPU and sensors operate the clutch when the driver changes gear. As a result, it's really easy to drive a semi-auto

A set of actuators and a hydraulic motor sit where the gear lever and clutch pedal would be in a manual.

When the CPU detects a scenario that requires a gear change, it engages the clutch and temporarily disconnects the semi automatic gear system. After this the shift actuators will shift gears and disengage the clutch so the connection between transmission and engine is re-established. 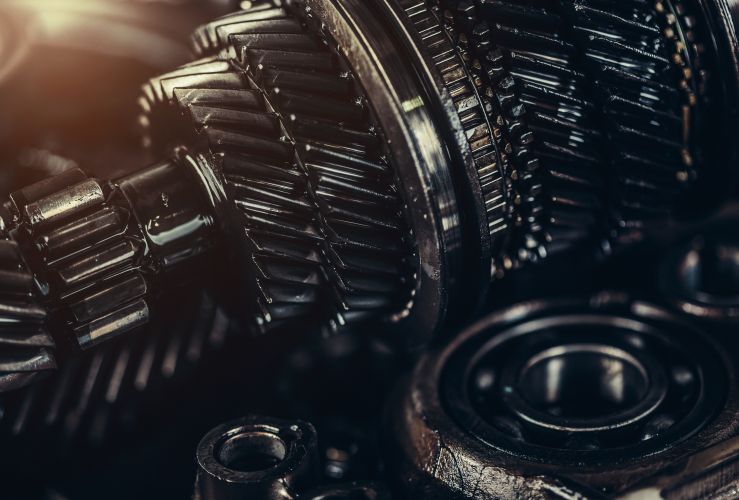 How do you change gear manually, in a car with a semi-automatic gearbox?

The system in a semi-automatic car affords the driver easy control over gear selection, by providing steering wheel-mounted paddle shifters (or a modified shift lever). This means the driver can control gears usually with an upshift/downshift method.

What are the other benefits of a semi-automatic gearbox?

As already mentioned, a car with semi-automatic transmission is, like a fully automatic vehicle, easy to drive.

Additionally, by having the ability to drive a vehicle with a semi-automatic gearbox using the manual option, it allows you to have more control of the vehicle. In certain situations, this comes in really useful, such as driving in snow and ice or navigating steep hills.

Meanwhile, a semi-automatic might be operated via a lever or a push-button system on the wheel.

A semi-auto will not have a Park mode and there will be an Automatic mode replacing the Drive mode.

What cars are semi-automatic?

Semi-automatic gearboxes are not common, but do feature in a number of cars:

Ford - the firm’s early semi-auto appeared in the 1970 Maverick, and has developed into the Easytronic gearbox, which is used in some Fiesta models.

The UK government may allow cars with advanced autonomous driving systems onto roads by the spring of next year.

Thinking of buying a semi-automatic car?