The Pros and Cons of Economical Cars

Everyone likes saving money. However, not everyone is sure of the best way to move forward when it comes to cutting the cost of motoring.

Many people, even those who wouldn’t describe themselves as “petrolheads”, have a strong emotional attachment to driving and some compromises can feel like they are selling out or putting limits on their personality. 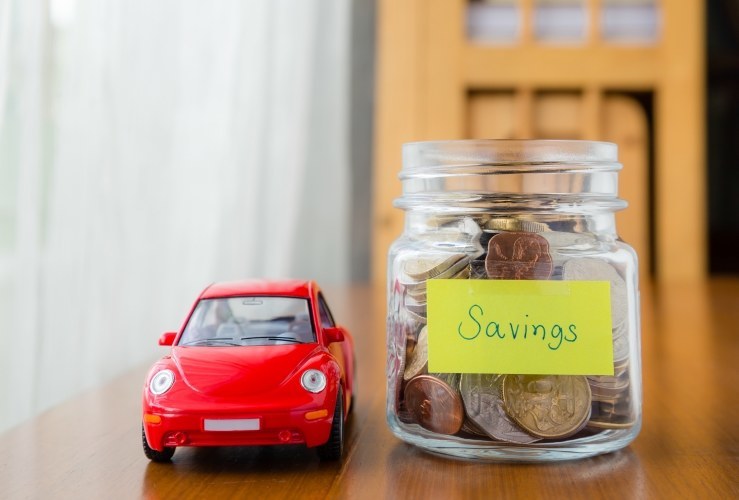 Of course, it doesn’t have to be like this, as there are plenty of ways of getting the driving experience that suits an individual while making sure it suits their pocket.

In short, there are two main options for those who want to keep motoring affordable - targeting the cost of fuel, or the cost of the car itself.

In this article we look at ways you can save money when it comes to buying your next car, and the pros and cons of economical cars.

The most obvious way to keep the upfront cost of a car low is to look at previously owned options. This is because cars can depreciate by a large amount in the first few years of their life, even if they clock up relatively few miles.

In fact, the Automobile Association has suggested that depreciation can be the biggest contributor to running costs, with the average car losing 20 per cent of its value every year if it travels 10,000 miles during that period.

This may not be such a big problem if you manage to buy a high-end, limited edition vehicle, or chance upon an instant classic, but the vast majority of drivers will not fall into this category.

Of course, anyone who has been driving for a while will know the dangers of buying a dirt-cheap car, which then proceeds to break down on a reliably regular basis.

While most people are sensible enough to avoid buying a truly clapped-out car, you should always weigh up the potential cost of parts and repairs against buying a car that is still within warranty.

Buying from a reputable second-hand dealer can be a way around this balancing act, but many people are reluctant to place their trust in these agents, whether rightly or wrongly.

If you buy privately or through a dealer, it is always worth learning a little bit about how to check a car for defects, so that you can make a decision feeling as comfortable as possible regarding the state of the vehicle.

Find out more advice on buying a used car

For those who are uncertain, a used car warranty can be a good way to reduce the amount of guesswork involved. However, this approach means that you are expecting your car to break down over the period in question and that the repairs will cost more than the warranty.

According to Warranty Direct, about one in three cars that are between four and nine years old breaks down per year, with the average cost of repairs being £273.50. While this varies by make and model, it’s certainly a starting point for working out whether a used car warranty is the right choice for you.

If it is, then like any other financial product, it’s always worth shopping around to get the best possible deal, rather than blindly accepting whatever the dealer offers. It’s also important to check precisely what is covered, as an overly cheap warranty - or indeed a bad one at any price point - could end up leaving you to pick up the bill in the event of technical problems, compounding the amount you have to pay out.

Another way of finding a cheap car is a willingness to compromise on extras - the little things that can make travelling by car more pleasant, but aren’t integral to the driving experience. Examples of this sort of feature include high-tech climate control, extensive entertainment systems and heated seats.

It is also possible to cut costs by opting for smaller cars, as these tend to be cheaper. Of course, this isn’t a good option if you have a large family or regularly need to transport large objects, but it’s certainly something to consider if economy is your goal.

If you decide to target the ongoing costs of driving, then you can draw on a variety of clever technologies. This is because economical driving tends to be ecologically-friendly driving and many scientists are concerned with helping motorists cut down their carbon footprints.

For those who just want a petrol or diesel engine that is as efficient as possible, manufacturers’ mile per gallon (MPG) statistics are a good place to start in finding an economical car - but the manufacturer's MPG statistics are not always reliable outside the companies’ testing facilities.

To this end, Auto Express decided to test as many cars as possible in real world conditions to see what results could be achieved.

The testers found that the Peugeot 208 1.6 Blue HDi was the most efficient car of the bunch, recording an impressive 94.1 MPG.

Other high-scoring options when it comes to sourcing fuel economical cars were the Peugeot 308 Blue HDi (91.1 MPG), the Vauxhall Corsa 1.3 CDTi (88.3 MPG) and the Volkswagen Golf BlueMotion (88.3 MPG).

However, MPG is not the be all and end all of economic cars.

In the accompanying article, Auto Express noted: “It's not always best to buy one of these cars, however - this isn't our list of recommendations. A lot of the time you will save more money by going for a cheaper, less economical model. Plus, diesel cars are not fond of short journeys, so you'll likely face repair bills if you don't travel a lot of miles regularly - so it can be better to go for a petrol instead.”

Due to the growing trend for being environmentally friendly, there are an increasing number of vehicles available that run on alternative fuels. The most common of these is LPG gas.

It is even possible to convert a petrol or diesel car to run on this fuel source in some cases (to find out if your vehicle is suitable, the best thing to do is to talk to your garage).

As LPG is significantly cheaper than traditional fuels, this can be a real money saver which can be a real pro if you are in the market for an economical car.

However, check that there is a petrol station in your area that sells LPG before you make any commitments, as driving could turn into a logistical nightmare if fuel is hard to come by.

Another popular option is to use a hybrid car or fully electric plug-in vehicle, which can reduce running costs, but may take some time to recharge.

While hybrid cars don’t have quite as much money-saving potential as fully electric vehicles, some drivers like the idea of having a backup petrol engine, just in case of mechanical problems or accidentally running out of charge. However, the range of an electric-only car is generally longer than in historical incarnations, meaning that a driver is generally less likely to run out of power in the first place.

At present, some grants are available from the UK government for up to 35% of the purchase price for electric vehicles, up to a maximum of £2,500. To be eligible for the grant, cars must cost less than £35,000. This is the recommended retail price (RRP), and includes VAT and delivery fees.

The government EV grants can be very helpful for those interested in the technology, but concerned about upfront costs.

Of course, there are as many creative ways to reduce the cost of driving as there are savvy drivers, so if you need to save money, a little lateral thinking and shopping around can help make motoring much more affordable.

Whether you decide to buy a cheap car, or keep the cost of running your vehicle as low as possible, driving doesn’t have to be expensive. It’s also absolutely possible to be kind to your wallet and the planet at the same time, adding to the benefits you can reap by being thrifty.