Interpreting fuel price rises and falls is far from an exact science, with motorists benefiting from discounts one week and then being subject to hikes the next, but there is one constant in the process; the price of oil.

All oil-exporting countries adopted a market-linked pricing mechanism in 1988 that became the main method for pricing crude oil in international trade, with two of the key pricing markers being Brent and West Texas Intermediate (WTI).

As such, the petrol and diesel industry has always been at the mercy of oil manufacturers and oil-producing nations, with the increasing scarcity of the so-called 'black gold' meaning prices at forecourt pumps have been steadily rising for decades, though recently the trend has been bucked slightly, at least in the UK. 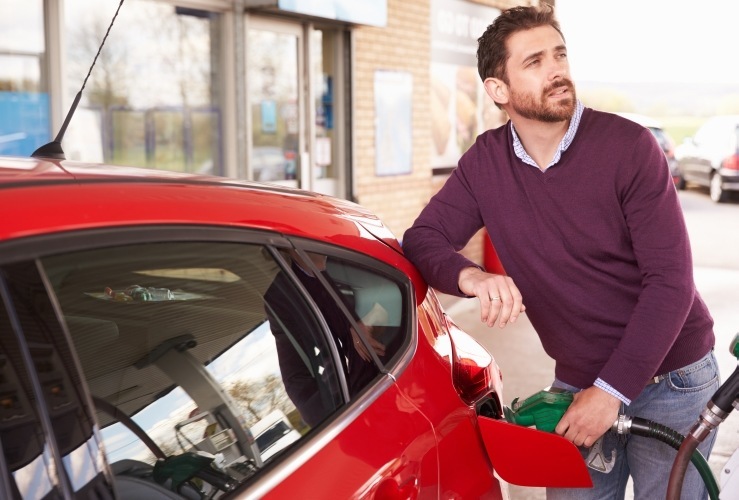 While the US has always benefitted from low gasoline prices in relation to its European neighbours due to its own oil exploration efforts and ties with other major oil producers, customers in the UK have effectively been at the mercy of market peaks and troughs. Of course, there is more to oil price changes than simply the amount that is being drilled and stockpiled - anything from global stock market movements to political activity can have a substantial impact on trading and value.

It was not purely a supply or demand issue, however, with some analysts stating that there is too much oil currently available in the world - which is subsequently pressuring prices - and others claiming the global economy is slow, leading to weak demand. 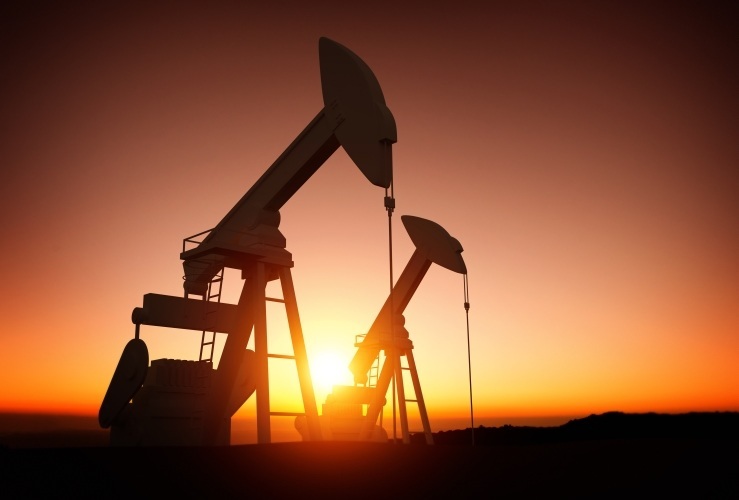 The reality is that both of these factors are true; there is an oversupply issue with Saudi Arabia and Iraq maintaining production, as well as Libya, in spite of the country's civil war. The US is now producing shale oil and gas, which again points to oversupply, but at the same time demand is weak, with global markets telling the tale. Japan is hovering around zero per cent growth, while China expects to grow by 6 per cent in 2015, India's economic expansion has been cut in half and Germany has also slashed its growth potential, which all combine to cause a drop in oil prices. China is a useful comparison point with mainland-listed shares in the country's national oil firm PetroChina up 27 per cent so far this year, while its Hong Kong-listed equivalents are down 9 per cent.

However, the former has been affected by Beijing’s attempts to prop up the mainland stock market, while the latter is more reflective of what is really happening with oil supply and demand. If current futures prices hold, Brent crude oil will average about $57 a barrel in 2015, which is down 42 per cent from 2014’s average and the lowest in a decade. At the same time, US benchmark WTI's implied average is about $51.40, which would be the lowest since 2004.

If supply stays where it is and demand remains weak, then prices will continue to fall, but even if some supply is taken off the market (through oil producers stockpiling or pausing production) and there is some growth in demand, the days of $100 per barrel are now over. While prices hover around $50 per barrel, refiners are taking advantage of cheaper crude, turning it into petrol to meet demand, but also producing a significant amount of distillate, which includes diesel. As such, motorists will be wondering why the 50 per cent drop in oil prices has not yet translated to a 50 per cent fall in the price they pay at the pumps. 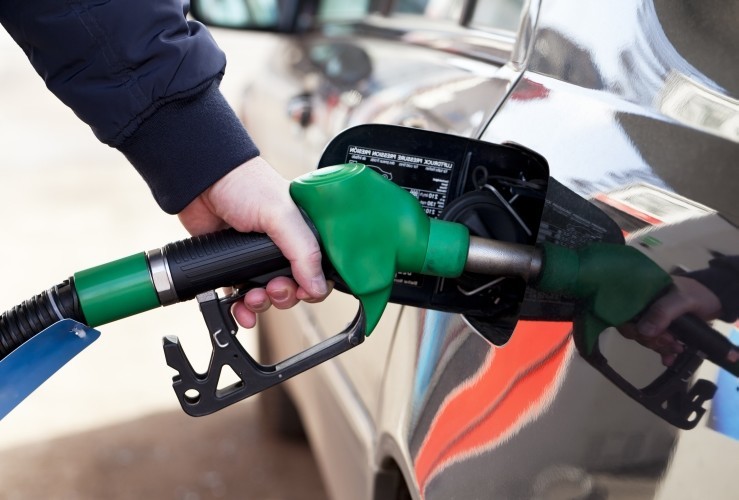 Indeed, the average price per litre of fuel stood at 131p last year, yet is just 110p in 2015 so far - a significant drop but hardly the major price cut that some motorists would have expected. In general, the average price of petrol is far more stable than that of oil; something highlighted most starkly in mid-2008, when the global recession saw oil prices suddenly crash by 74 per cent over a period of just six months. On the other hand, petrol prices fell by just 28 per cent over roughly the same period and less than two years later petrol cost just as much as it did pre-recession, whereas oil never reached the same peaks and took nearly three years to recover significantly.

Then, during the second half of June and the first half of July 2014, petrol became more expensive while oil got cheaper, but by the end of the year oil had lost 45 per cent of its value whereas petrol was 28 per cent less expensive. On the face of it there is little reason behind such fluctuations, but the truth is that far more factors are at work than appears to be the case. In some instances, it is simply a matter of the companies setting their price and not being willing to pass on their own savings to customers.

Chancellor George Osborne has been vocal about his desire to prevent the public from being ripped off, but as with any industry that spans the entire world, he concedes that it is not purely up to the companies themselves. As oil is priced in dollars, the strength of the pound is very important; if the value of sterling falls then petrol companies will need to raise their prices to counteract that. As such, if a drop in oil prices coincides with a weakening pound, it is harder for the companies to justify lowering their prices significantly.

It goes some way to explaining why a big drop in the value of oil does not mean the same for petrol. And with the pound generally weakening against the dollar since the middle of 2014, every day this continues will mean a drain on the benefits of any crude oil price drops. Furthermore, the effect of fuel duty in the UK, which makes up the majority of the country's petrol prices, needs to be taken into account.

This is not linked to anything and is simply set by the government, which means that a petrol supplier must pay the same amount of fuel duty on its product even if the price drops, making it more difficult to pass on the savings to consumers when supplier profit margins are already relatively slim.

Price drops on the horizon? 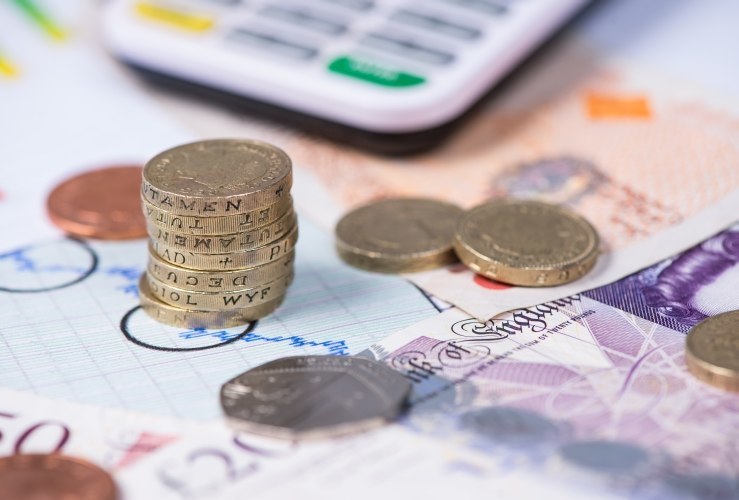 Despite all this, petrol prices in the UK have still decreased year-on-year regardless of the falling GBP to USD exchange rate. At one point in early 2015, it looked like petrol would fall below £1 a litre - and in a few select forecourts it did - but this returned to the 110p handle by the middle of the year. One factor in the price of petrol that cannot be underestimated is competition, mainly between the major UK supermarkets that each attempt to outdo each other in everything from groceries to fuel.

Generally a 2p price drop by the likes of Tesco leads to a reduction of 2p or more by ASDA, which then feeds into decreases by Sainsbury's and so on. Though the oil giants such as Shell and BP are less affected by supermarket competition - and in many cases offer more premium fuel - they are not exempt from competing to win custom. Of course, being able to offer discounts still depends on fuel companies benefitting from low oil prices to a certain extent. Analysts from the RAC predict we would need to see the price of a barrel of oil reach $45 or below before we see sub-£1 petrol prices again.

That was the cost about two weeks before prices at filling stations reached their lowest point this year in February and while the current $50 per barrel is not close to that yet, the overproduction of oil that caused the drop earlier in the year is still taking place as companies aim to retain market share. A further factor is recent developments in Iran, where a nuclear deal signed as part of the Vienna agreement will now see many of the country's sanctions lifted, including oil embargos.

As Iran holds the fourth largest stocks of crude oil in the world, its introduction to the market will only increase oversupply, particularly as Iranian oil minister Bijan Zanganeh says the lifting of sanctions could easily see the country pump an additional one million barrels of crude per day compared to previous production levels. Analysts at the Bank of America Merrill Lynch believe this could take a further $10 off the price of a barrel over the next 12 months, potentially making the UK's 99p-a-litre benchmark a reality.

Ultimately, market changes and international agreements only go so far, with some motorists simply needing to be in the right place at the right time to benefit from low fuel prices. Whereas drivers in London and those located near motorway service stations and airports are unlikely to ever see fuel dip below £1 a litre, those who live close to several supermarkets definitely have a chance.

Competition in the industry always breeds lower prices, while even independent forecourts may play along in the hope that customers will purchase non-fuel items in store that have a higher profit margin. At the moment, petrol prices remain a little off 99p a litre, but if the right chain of events takes place, the days of sub-£1 fuel may return.