When you turn the ignition of your car and nothing happens - you know it's going to be one of those days. It could mean being late for work, appointments, or social engagements.

It means you need to find a solution - quickly.

Here are some of the most common reasons cars won't start, with remedies.

(Before working on any suggestions to remedy a fault, please always refer to your vehicle’s handbook for guidance and always bear in mind the safety of all parties situated near your vehicle.) 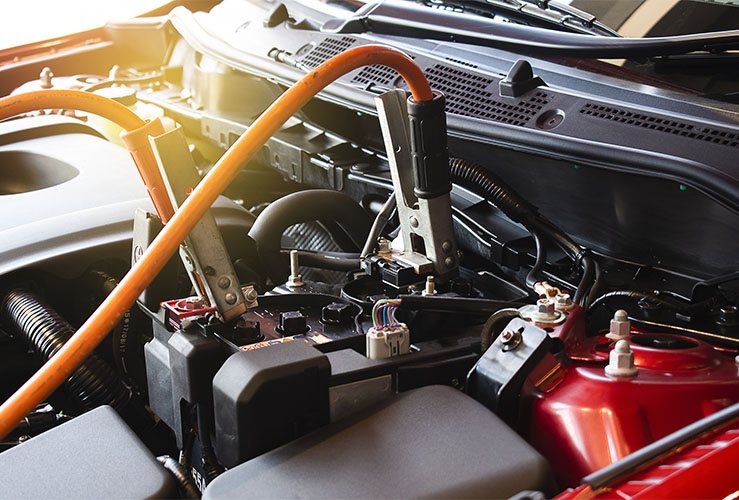 Flat or faulty battery
Why do car batteries go flat?

Most car batteries go flat because they haven’t been given the chance to charge properly. Car batteries naturally lose some of their charge over time and not using your vehicle for a while or just undertaking short journeys can fail to give the battery the sufficient time to repower.

Flat car batteries can also be the result of having left on an electrical component on your vehicle, such as your lights (so be sure to check those beams are switched off at the end of each journey), or even the cold weather, as it slows down the chemical reaction inside of the battery, reducing the battery’s ability to hold a charge.

It could also just be that your car battery is old and coming to the end of its life, or that it is faulty, so struggles to charge. Issue such as corroded battery terminals can interfere with the connection, leading to the car failing to start.

How can you tell if your car battery is flat?

When your car battery is flat you will find that as well as not being able to start up the engine, none of the vehicles electrical systems will work. If your car radio or hands-free system won’t power up, the likelihood is that your battery is flat.

Can you fix a flat car battery?

You may be able to fix a flat battery by attaching jump leads to another vehicle with a fully-charged battery and jump-starting your car.

After the jump-start, you need to drive your car for at least 30 minutes to recharge the battery. Turn off all unnecessary electronic equipment.

Later, use a battery charger to bring your battery back to top condition. Battery conditioners/trickle chargers can help keep your battery in good condition and are also ideal if your car is not being used for a long period.

Fuel issues
Run out of fuel?

Your car might not start as you have run out of fuel. Obtain a fuel can and fill it up at a fuel station, before adding the fuel to your car's tank.

What if I fill my car with the wrong fuel?

Misfuelling can also be a cause for your car not starting. If you’ve put the wrong fuel in your car, you’ll need to drain the fuel system before you drive. Your car breakdown insurance provider may be able to assist. 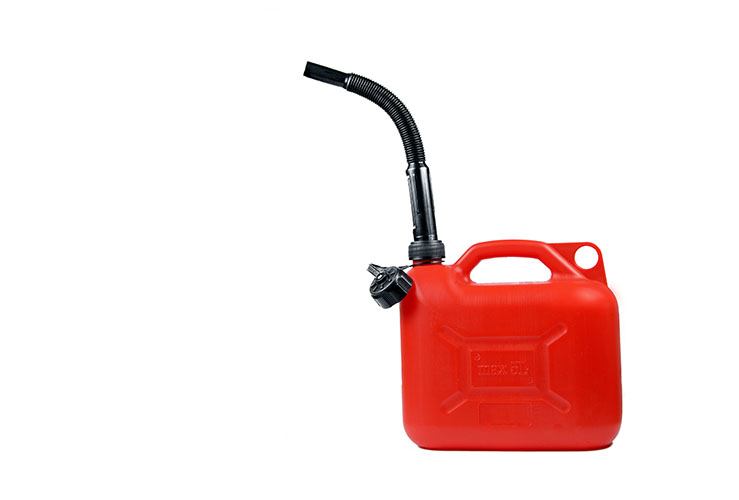 If your car won't start because you can’t turn the ignition key, your vehicle steering lock may be jammed. This is commonly caused by the car's wheel being tight against a kerb or other object.

There are two solutions you can try in an attempt to resolve a jammed steering wheel lock issue: 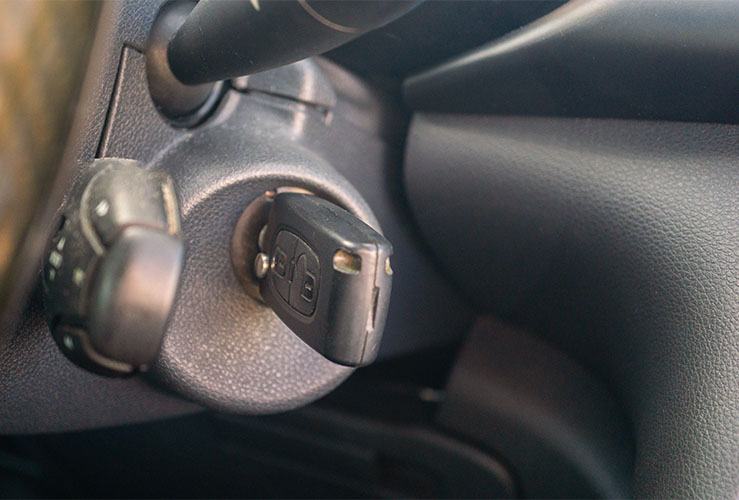 Your immobiliser may fail to recognise your key, preventing the vehicle from starting. This is often caused by a dead key fob battery.

What can I do to start my car if my key fob isn’t working?

If possible, replace the battery. Alternatively, if a battery replacement is not possible, try holding your fob against the start button and pressing it at the same time. If your car does not have a start button, hold the key fob up against the ignition as you turn the key.

You can also try a spare key if you have one to hand. If the spare key also doesn’t start the car, you may need to reprogram the fob manually, or with the assistance of your dealer.

The starter motor is an electronic device connected to your battery, which starts your car's engine when you turn the ignition.

If your battery is fully charged and you hear a clicking sound, your starter motor probably has a fault and you'll need to visit your local garage.

A fuel filter helps to optimise your car engine’s performance through preventing dirt and other debris from clogging your vehicle's fuel delivery system.

What happens if a fuel filter becomes blocked?

The fuel filter itself can become blocked and prevents petrol or diesel from reaching your engine, meaning that your car won’t start. If you would like to know when you should replace your filter, take a look at more information here.

Can I prevent my fuel filter from clogging?

To prevent clogging in your fuel filter, you should aim to have the filter on your car changed every 15,000 to 20,000 miles. 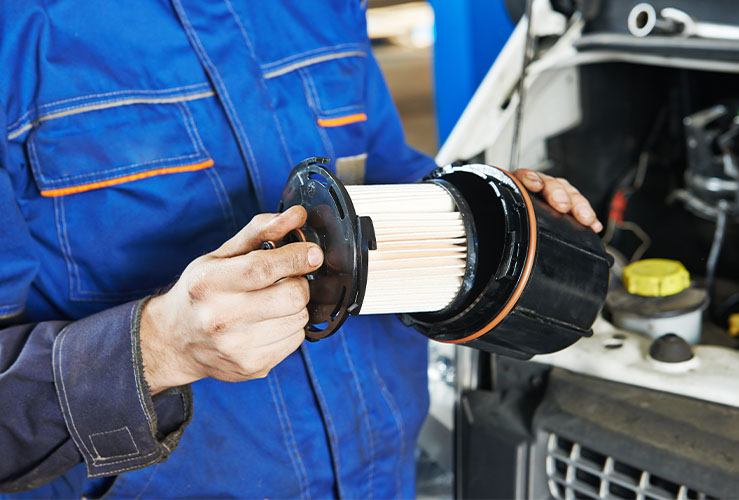 Issues with flooded engines are less common now as most modern cars are fitted with fuel injection systems.­­­

However, it still does happen; mostly on high-mileage, used cars where the fuel intake system isn’t in its prime condition anymore and in older cars where there is a carburettor instead of a fuel injection system.

What is a flooded engine and why does it happen?

A flooded engine means that there is too much fuel and not enough air in your engine.

The issue usually occurs with cars which have cold engines, after being driven a short distance, stopped, then re-started, in situations such as when swapping the positioning of your cars on the driveway or moving a vehicle into and out of a garage.

As such, flooded engine issues are more common on cool or colder days when the engine needs more fuel to run smoothly until it's warmed up.

Can you fix a flooded engine?

If you think your car engine might be flooded, press the accelerator to the floor and attempt to start the engine for a few seconds. Be careful not to do this for too long, else you could drain your battery.

Once the car has started, let the engine turn over for a few minutes to clear the excess fuel.

If you don't have car breakdown insurance, providers - including startrescue.co.uk - can sign you up right away and send roadside assistance.

Categories
Related Posts
startrescue.co.uk
£28.00
Green Flag (greenflag.com)
£52.64
RAC (rac.co.uk)
£140.00
The AA (theaa.com)
£169.00
Renew with us and save up to 83%
All competitor prices have been based on our most popular 3 star level of cover for a vehicle aged up to 5 years old. Cover includes nationwide recovery, home assistance, alternative transport, overnight accommodation and key assist. Last updated 08/02/2021.