Timing belt: What does it do? When does it need changing?

In short, a timing belt has teeth that turn an engine’s camshaft in time with the crankshaft.

The timing belt is essential for the smooth running of your engine. 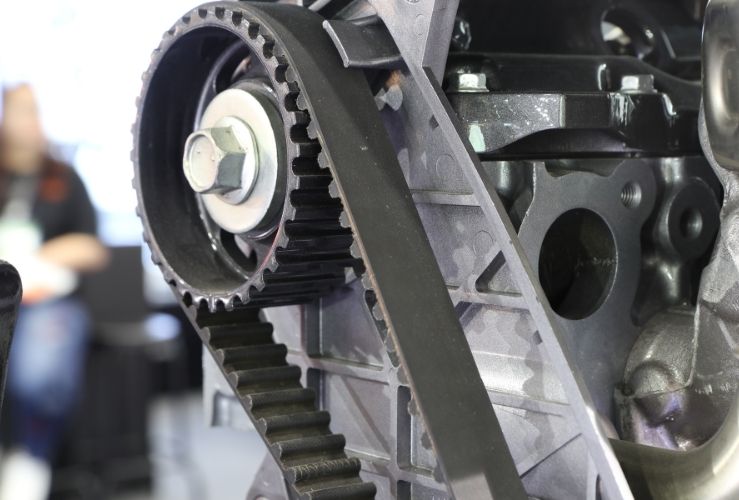 On most internal combustion engines, the crankshaft - which is connected to the pistons - spins around.

The crankshaft is connected to the camshaft, which opens and closes the valves.

There are different ways to connect the crankshaft and camshaft - but mostly it's either a timing belt, or timing chain/variable-valve system.

In very old cars, a series of gears made this connection. But manufacturing costs and noise meant they gave way to timing chains, then to cheap timing belts made of rubber.

Due to the failure rate of rubber timing belts, many carmakers switched back to more durable timing chains/variable valve timers.

The improved durability of timing chains meant carmakers began making interference engines again, instead of non-interference ones (see below).

In the case of an interference engine, the timing belt needs to be in good working order to prevent engine damage.

A broken timing belt will cause the pistons to hit the valves, damaging the engine - usually beyond repair.

Rubber timing belts are liable to breakage, while timing chains should last much longer.

If you have a non-interference engine, a broken timing belt will not cause damage to the engine. However, if it breaks while you're driving, you'll end up stranded.

While you may save money by leaving the belt until it breaks, you’ll probably have to deal with the hassle and cost of recovery later on. 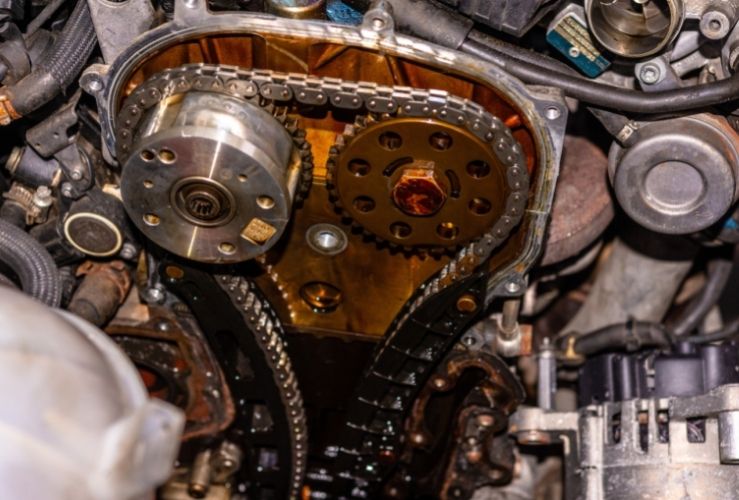 More modern cars are often fitted with variable-valve timing systems, which use chains to regulate the engine timing.

Timing chain: What is the difference between a timing chain and a timing belt?

Similarly to a timing belt, the timing chain is used to synchronize the movement of certain parts in the engine. The only difference might be that the timing belt can drive the water pump on some car models.

What are the benefits of a timing chain?

When to change a timing belt

Swapping out your timing belt is an expensive job, so you don't want to do it if you don’t need to.

Cars that are heading towards 10 years old or have 70,000+ miles on the clock probably require a new timing belt.

Ideally you would change your timing belt every 5-6 years. While every timing belt has a mileage specification, once they get old, the chance of failure increases greatly.

Since the timing belt is housed next to the engine and is made of rubber, over time cracks will develop and it will break.

It has been known for unscrupulous garages to charge for a new timing belt when the vehicle actually has a chain (variable-valve).

It is therefore a good idea to know if your car has a timing belt, or timing chain/variable value system - just in case.

If you’re in the market for a new or used car, it’s a good idea to ask about the timing belt.

Cars with rubber timing belts will require belt replacement at some point, while those with a timing chain/variable-valve system won’t need replacing (assuming engine oil and filters are changed regularly, as mentioned).

Cars with timing chains in the UK

There are many cars available in the UK automotive market which have timing chains.

Can you change the timing belt yourself?

You would need significant mechanical knowledge to change a timing belt yourself.

The main challenge is accessing the old timing belt, which - depending on the model - may involve the removal of fan/drive belts; front motor mount; water pump pulley; timing belt cover; crankshaft pulley; and idler pulley.

While you're there you might also replace the drive belt, saving time and effort later on.

But for most car owners, it’s much easier to simply enlist a trained mechanic to change the timing belt.

Timing belts only cost about £30, but labour will add to the final bill.