Antifreeze - what it does and which you should use

When the temperature drops, antifreeze becomes a driver's best friend. Indeed, if you want to ensure your car keeps going during the winter months you need to keep on top of your antifreeze. 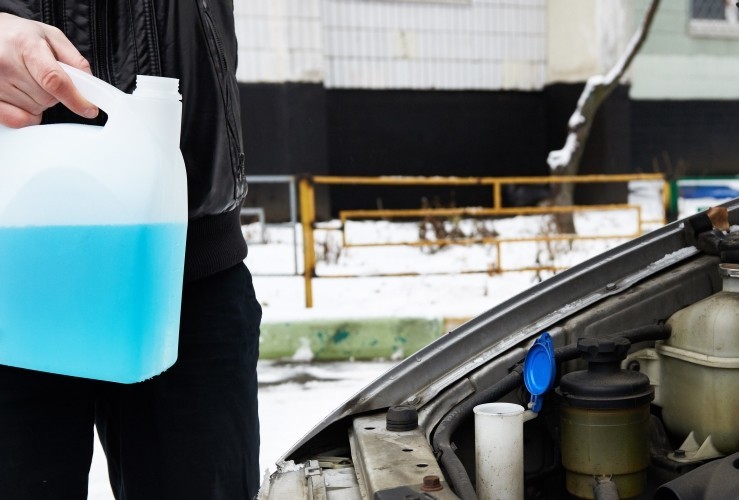 Antifreeze shouldn't be confused with de-icer, which is sprayed on windows and locks to melt ice and frost. So, what does antifreeze do? Often known as coolant, antifreeze is an additive that goes to the heart of a car's engine to lower the freezing point of water-based liquid. It can also be used for boiling point elevation, to create a higher coolant temperature.

Why is antifreeze used?

Antifreeze is needed in cold temperatures to ensure internal combustion engines and other heat transfer applications don't burst when water freezes. If water is allowed to freeze it will expand and cause the material it is encased in to crack.

It's important to choose the right antifreeze as a careful selection can increase the time a mixture remains in a liquid state.

It's important to choose a non-corrosive antifreeze to ensure metals around the engine don't corrode. You must also be careful when pouring the antifreeze, as it can irritate skin.

Which antifreeze should you choose?

What is organic acid technology?

Organic acid technology is a long-life antifreeze, which usually needs to be replaced every five years or every 150,000 miles - whichever comes first.

What is the alternative?

Inorganic acid technology is perhaps the most common and is the chemical basis for traditional green antifreeze. It is usually fortified with silicate or phosphate and needs to be replaced every three years or 36,000 miles.

Hybrid organic acid technology needs to be replaced every five years or 150,000 miles but you should always check the manufacturer's recommendations.

Can you extend the life of antifreeze?

If you want to get the most out of your antifreeze, you need to ensure your cooling system is properly maintained. This means regularly checking antifreeze levels.