When to change your timing belt

The average car owner is unlikely to be an expert on timing belts, not least because they often only become an issue when one's garage recommends a replacement, or when they suddenly fail.

The timing belt ensures the camshaft and the crankshaft are synchronised. The crankshaft pushes pistons upwards for compression and exhaust cycles, and pistons move downwards in power and intake cycles. The camshaft manages the opening and closing of the valves for intake and exhaust. 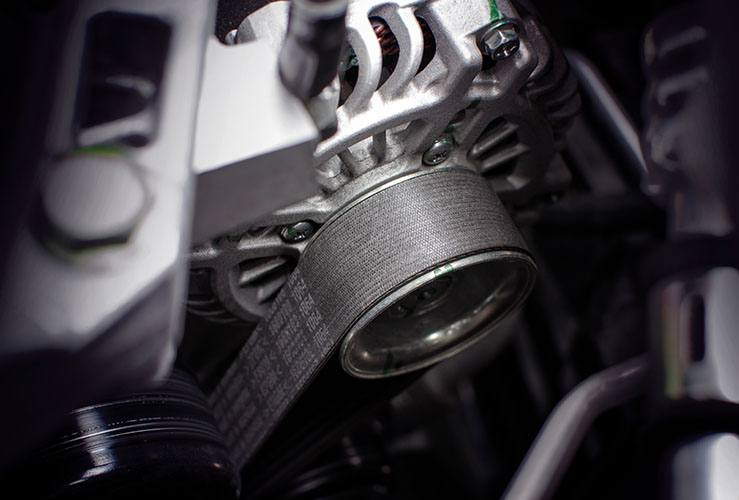 As regards an ‘interference engine’, as the crankshaft and the camshaft move, valves open and close near the pistons. If the timing belt fails, the valves and pistons will interfere with each other, which is likely to cause serious engine damage. If this happens to an older vehicle, the repair costs could easily be more than the entire value of the car.

If a car is not configured in this ‘interference’ setup, the engine will simply not start in the first place.

When to replace your timing belt

Check your owner's manual to find out when you should change your timing belt. It is likely to be after at least 60,000 miles, though perhaps as much as 100,000 miles in a newer model. Bear in mind that your car may have a timing chain, rather than a belt. Chains were more common before the 1970s, at which point carmakers sought ways to make cars lighter (thus improving mileage). Some manufacturers have started to use chains again because they last much longer than belts.

Your timing belt may also drive your water, oil and injection pumps - depending on the model.

Locating and replacing thesta timing belt is a labour intensive - and therefore costly - process. It may be prudent to change your water pump at the same time. Water pumps usually last about twice as long as timing belts, but because accessing the timing belt/pump area is so labour intensive, it may make sense to change the water pump too. Your garage may also suggest replacing any damaged idler pulleys, seals, tensioners and drive belts, if necessary.

Whether you are proactive about changing your timing belt, or whether you wait until it fails - you will need to replace it at some point. It makes a lot more sense to carry out the replacement when the requisite mileage is reached - as stated in your manual - rather than waiting to break down on the road.