10 of the cheapest cars to insure for young drivers

For drivers aged 17 to 24, after the initial purchase cost, the most expensive aspect of motoring is insurance. This is because age - or lack of - is a big determining factor in how insurers calculate their premiums; younger drivers are simply more likely to have an accident.

How to cut the cost of car insurance?

One of the best ways to minimise your car insurance premium is to buy a smaller car. Better yet, choose a second hand small car.

Sign up for black box insurance and fit a Thatcham-approved alarm, and the cost could come down further. 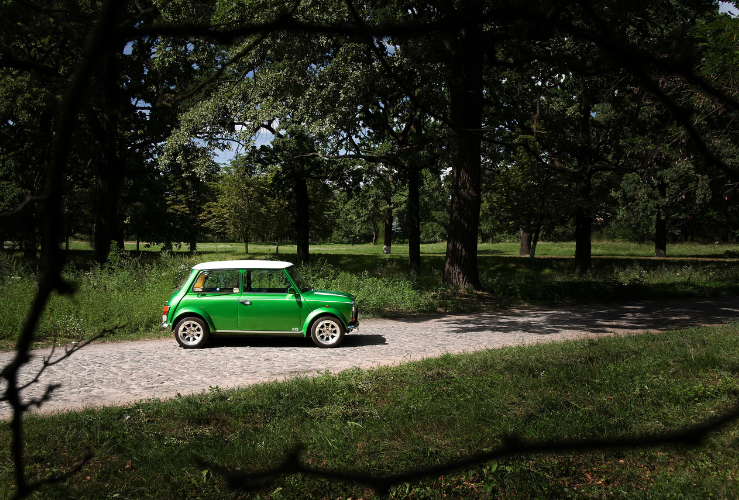 Cheapest car to insure for a young driver?

We've put together a list of some of the cheapest cars to insure for new drivers, based on data from Admiral.

List of cheap-to-insure cars vary significantly, not least because insurers judge vehicles - and their drivers - differently.

That said, there is a lot of crossover, with certain models appearing in several lists.

Here are 10 of those low insurance cars:

This 59 BHP is fine for getting around town, but if you take longer trips on a regular basis, you should consider a bigger engine.

Since Skoda is owned by Volkswagen, it shares the same platform as the Seat Mii and the VW Up!.

It offers 251 litres of luggage space, expandable to 959 litres with the rear seats folded down.

The Citigo is no longer produced for the UK market, but plenty of secondhand examples are available. And because there are also so many Mii and Up! models in circulation, spare parts should be supported for some time to come.

Admiral says it will cost about £512.18 annually to insure a Citigo, with a similar figure for the Seat Mii.

While very similar to the slightly more upmarket VW Up! the Seat Mii is a fun, practical little runabout and one of the cheapest cars to insure for new drivers under 25.

Small and nippy, it's ideal for inner-city driving.

It only comes in electric form, and has a good range of 160 miles.

The Up! has been on the market for a decade and is still going strong.

As mentioned, it's essentially the same as a Seat Mii and a Skoda Citigo, but has an extra touch of class compared to its siblings.

The 1.0-litre engine is nippier than comparably small engines, and there's a good deal of space for weekend getaway luggage.

Affordable to buy used, the Up! is also available in electronic form (the e-Up!), and of course it’s a dependable option if you’re seeking low cost insurance cars for young drivers. 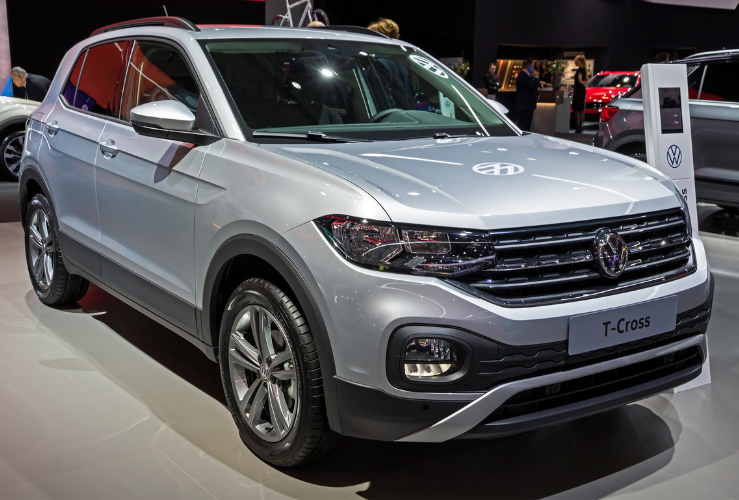 Even the smallest T-Cross has an ample 385 litres of space, rising to 455 litres for the roomiest model. A great option for those who carry a lot of equipment from A to B.

49.6 claimed MPG makes this an economical option, too, with 94bhp in the base-line model.

The Mazda CX-5 is another SUV that's cheap to insure, plus it boasts low running costs, easy handling and a spacious interior.

With a greater emphasis on practicality than the T-Cross (it has five seats and lots of boot space), the vehicle is available with four engines including petrol and diesel, and MPG figures ranging from 35.3 and 50.4 - depending on the model. 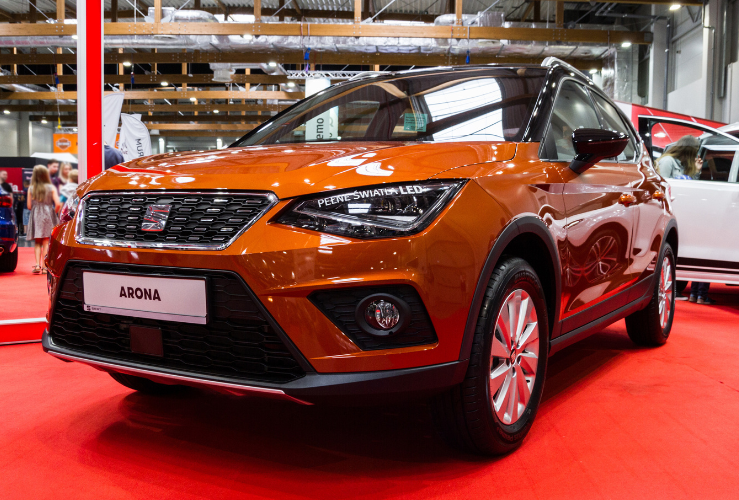 The Arona is another SEAT model popular with Britons, helped by an affordable price tag, modern styling, and easy handling.

Its perky 1.0-litre engine produces a decent 94bhp which, combined with cheap insurance, a choice of five engines and economical running costs, makes it a good choice for new drivers. 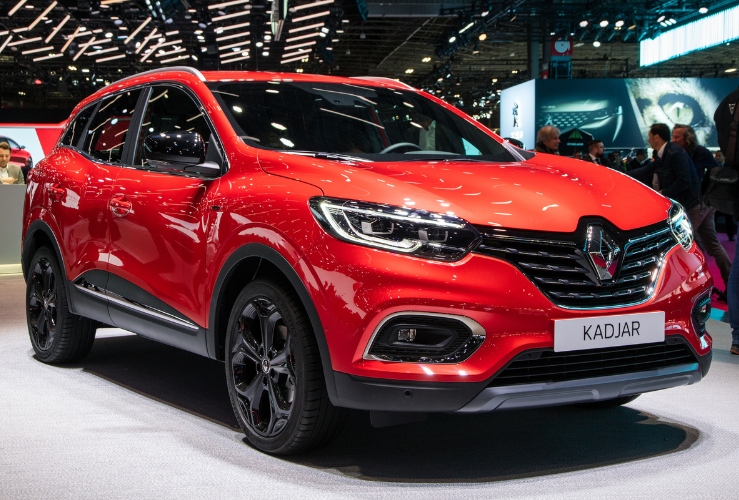 French car giant Renault was late to the SUV party, but it made up for lost time with the KADJAR.

'Fun' is the watchword here - and that comes down to the engine's power, which is superior to most models on this list.

And it doesn’t scrimp on the comfort either, especially if you skip the larger 19-inch alloy wheels.

While it’s not perfect by any means, for the asking price it delivers superb value for money, and is a good choice for new drivers seeking a low-cost SUV for their first set of wheels.

It could be a solid option for the first time driver seeking an SUV-like vehicle - since it straddles the zone between SUV and hatchback.

Another feather in its new-driver cap is that it’s easy to drive.

This, added to low running costs (35.3 and 50.4 mpg across engine types) and affordable insurance, makes it one to consider for your first vehicle. 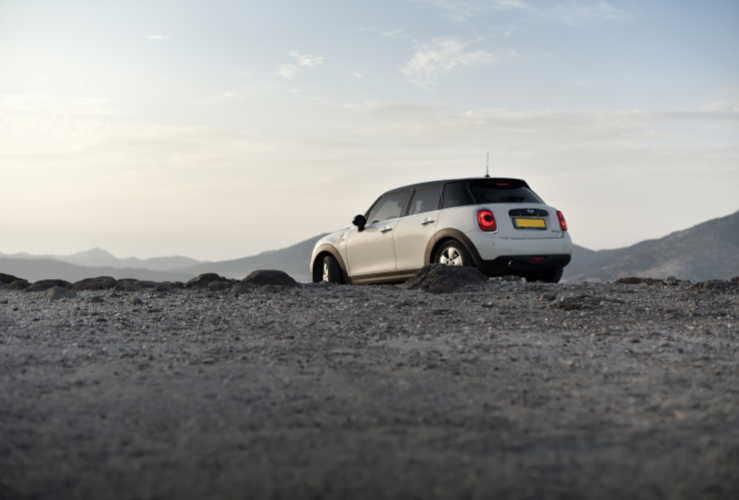 Based on the legendary Austin MINI, the Rover MINI delivers similar running costs but is notably quicker.

With a top speed of around 90mph (depending on year of manufacture), the Rover MINI offers ample performance - plus it’s easy to park due to its diminutive size.

Hard to distinguish from older versions of the MINI, the Rover variant delivers plenty of street cred - and of course it is among the cheapest cars to insure for new drivers under 25.

Built for over four decades (1959-2000) you might imagine Austin MINIs were ten-a-penny - but they’re actually considered a collectors item.

Aside from its chic retro looks, there are many other reasons to own one: namely low running costs and easy handling.

You’re looking at a very decent 40mpg, although the top speed is a parlty 75mph and it will take you well over 30 seconds to get there!

Not an ideal car for regular motorway trips, the Austin MINI is nevertheless a great urban runabout as a first car.

This head-turner is also, of course, among the low insurance group cars for young drivers.

Cheapest cars to insure for new drivers over 25

Insurers view those aged over 25 as less likely to be involved in a collision - which is backed up by the statistics.

Indeed, Experian estimates that premiums fall by about 12.5% from ages 24 to 25. However, the savings could be considerably more in some cases.

According to data from insurer Admiral, five of the cheapest cars to insure for new drivers over 25 are: