ULEZ charge: is my vehicle exempt?

Important notice: All details are correct at the time of writing but are subject to change. For the latest, up to date information on the ULEZ scheme please visit the TfL website

What does ULEZ mean?

ULEZ was planned by Boris Johnson when he was mayor, and implemented by his successor Sadiq Khan, with the aim of improving London's air quality, after a recognition that dangerous levels of Nitrogen Dioxide (NO2) and Particulate Matter (PM) existed within the capital.

The ULEZ, which replaced the T-Charge (officially known as the Emissions Surcharge) aims to reduce these dangerous levels and protect London’s young, elderly and those suffering respiratory problems.

TFL says the ULEZ has had a “transformational impact” on air quality since its introduction, contributing to a 44 per cent nitrogen oxide reduction within its boundary. 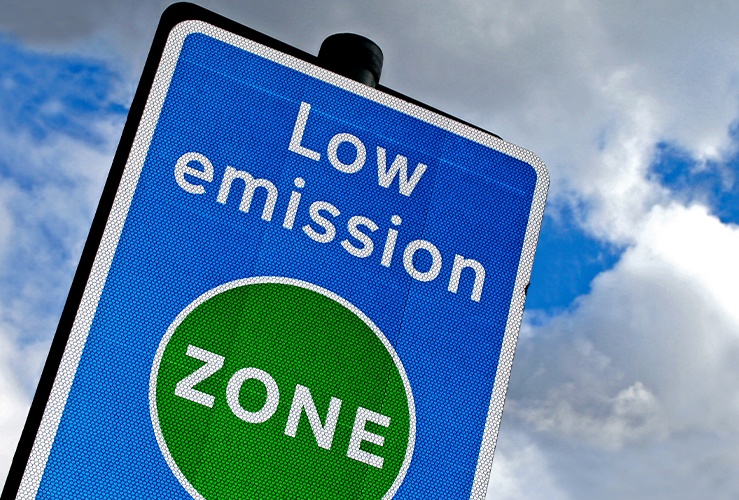 When is the ULEZ charge payable?

The fee targets diesel vehicles in particular, alongside many older petrol cars and vans.

The charge is levied on vehicles that do not meet the latest emissions standards:

The ULEZ operates 24 hours a day, seven days a week, every day of the year. (excluding Christmas Day), with the daily rate resetting at midnight. This means that, if you were to enter at 11.59pm and exit two minutes later, you’ll be charged for two days (£25).

You may be wondering, is my car ULEZ-exempt? Read on to find our list of ULEZ-exempt cars. 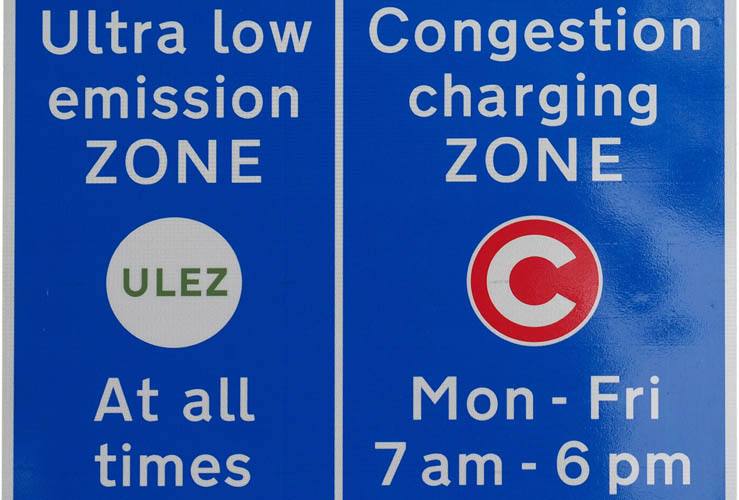 Which vehicles are affected?

Which vehicles are exempt?  Is my car exempt from ULEZ?

If you’re still not sure whether your vehicle meets the current emissions standards required for the Ultra Low Emission Zone, check your vehicle here.

Read our article on 'Euro 1 to Euro 6 explained: what's your vehicle's emission standard?'. 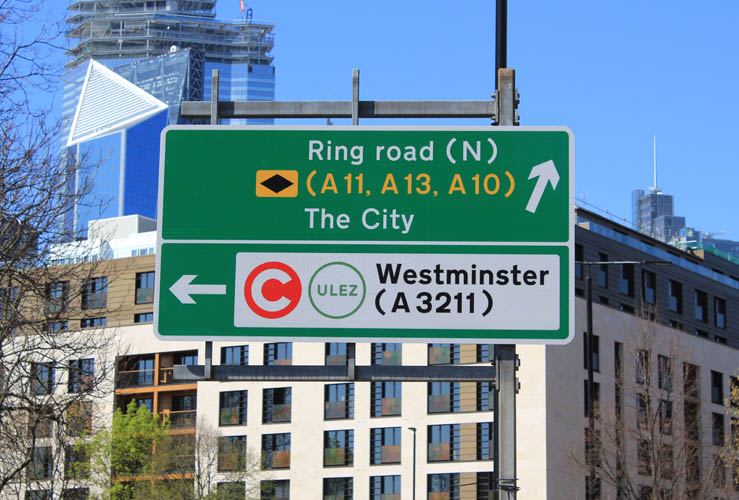 Can I make my car ULEZ compliant?

It may be possible to modify your non-compliant car or van to meet the requirements, either by changing the engine of upgrading the exhaust, but the cost of doing so and then re-certifying your car so that it is recognised as compliant by the DVSA is unlikely to make it worthwhile. The best alternatives if you need to travel into the ULEZ are to go by other means , such as cycling or public transport, or sell the car and buy one that is compliant.

How is the ULEZ enforced?

There are no physical barriers or checks for ULEZ. Instead, London’s vast network of number plate recognition cameras check to see if vehicles have paid the fee.

Those with a residents' Congestion Charge discount were exempt from paying the ULEZ charge until October 2021.

However, residents with a Congestion Charge discount whose vehicles don’t meet the required Euro standards for ULEZ are now required to pay the daily charge within the zone

Keepers of vehicles registered with a 'disabled' or 'disabled passenger vehicles' tax class will be exempt from the ULEZ charge until 26 October 2025 as long as their vehicle doesn't change tax class. (Vehicles operated by or on behalf of TfL will not benefit from this grace period.)

How to pay the ULEZ charges

You can pay the ULEZ at the TfL website or using the TfL Congestion Charge App.

There is also Auto Pay, which does carry a £10 admin charge but means TfL will automatically record the number of charging days a vehicle travels within the charging zone each month and bill you accordingly. You can register up to five vehicles.

What are the penalties for failing to pay the ULEZ?

If you drive a non-exempt car, van or motorcycle into the ULEZ without paying, you’ll be sent a £160 penalty in the post.

If you pay within 14 days this will be reduced to £80. However, you can appeal the fine if you feel it was unfairly levied. 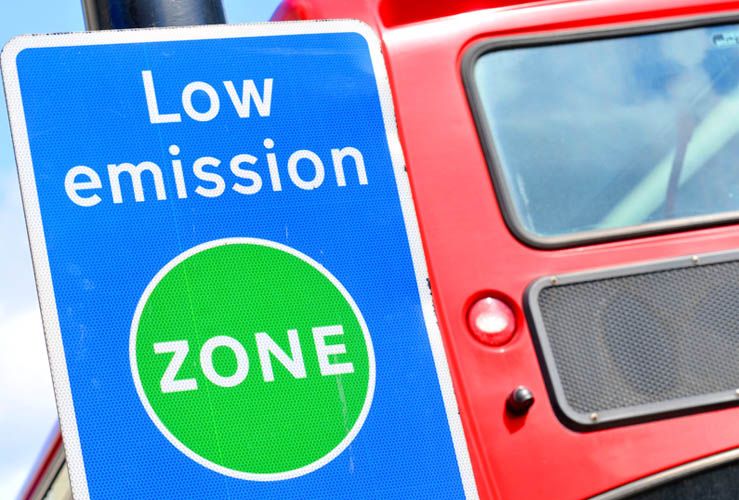 ULEZ and LEZ: What’s the difference?

The LEZ - Low Emission Zone - was phased in from 2008 and covers most of Greater London. It aims to encourage more polluting - especially heavier - vehicles driving in the capital to become cleaner. It operates 24/7, all year round. LEZ-liable vehicles will need to pay either £100 or £300 per day (see below).

LEZ fees, quoted from tfl.gov.uk:
The expansion of ULEZ  in 2021

Until October 2021, the ULEZ covered the same area as London’s Congestion Charge zone; an area expanding outwards from Waterloo, with the boundary stretching to Vauxhall Bridge in south west, up to Paddington in the north west, across to Angel in the north and down to Whitechapel, then over Tower Bridge and back to Vauxhall via Elephant and Castle.

However, from 25 October 2021, London's ultra-low emission zone expanded significantly. Extending to both the north and south circular roads the ULEZ now covers an area 18 times larger than the Central London Congestion Zone. 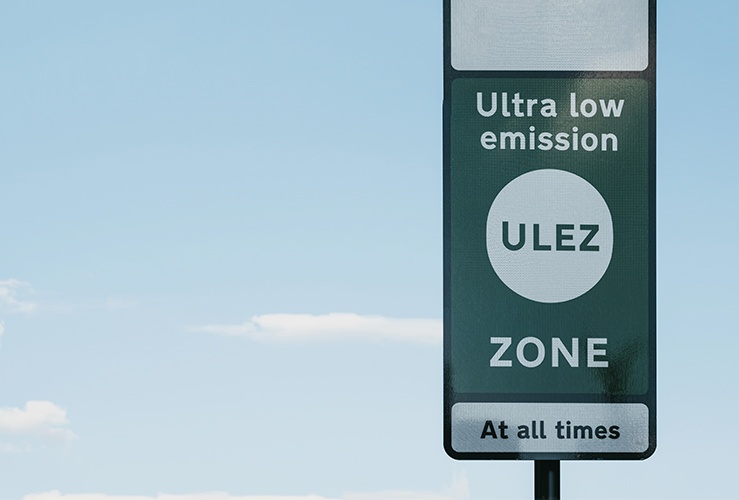 Why has the London ULEZ been expanded?

The aim of the expanded ULEZ is to help reduce harmful Nitrogen Dioxide by around 30% across London.

Many of those who travel in the expanded ULEZ now drive compliant vehicles.

More than 80 per cent of vehicles are now compliant, which is up from 39% in February 2017 when plans for the larger area were first announced.

What about outside London?

A number of other UK cities have introduced Low Emission Zones, or are in the process of implementing these. These include Clean Air Zones in Bath and Birmingham, and a ZEZ (Zero Emission Zone Pilot)  in Oxford.

Low Emission Zones will be introduced in Portsmouth in November 2021, and in Manchester, Bradford, Bristol, Edinburgh and Aberdeen in 2022.

From 2023, Glasgow will not allow entry to any vehicle that does not meet Euro 6.

Considerations are also being made for low emission zones in Liverpool, Sheffield, Newcastle and Dundee.

Is my car ULEZ Compliant?
Petrol cars in more detail

Cars that meet the Euro 4 (and Euro 5 and Euro 6) emissions standard are exempt, which means almost every car registered after January 2006 is ULEZ compliant. Department for Transport data revealed that 12.7m of the UK's 18.3m petrol cars already met the applicable standards when ULEZ was introduced.

Is my van ULEZ compliant?
Vans in more detail

To avoid the ULEZ charge, diesel vans must comply with Euro 6, while petrol vans must meet Euro 4. Nearly all new vans built since September 2016 meet Euro 6.

If you are going to be driving your van in a ULEZ area, don’t forget to get your van breakdown cover – No one wants the inconvenience of being stuck anywhere following a breakdown.

Is my hybrid ULEZ compliant?
What about hybrids?

Hybrids do not receive any free-passes (in contrast with the London Congestion Charge); they get treated as diesel and petrol cars. However, most hybrids already meet the Euro 4, 5 or 6 standards, so won't pay the ULEZ.

However, some older models such as the original Toyota Prius, will incur the fee.

Is my motorcyle ULEZ compliant?
What about motorcycles?

For two-wheelers and quads, the standard to meet is Euro 3: All motorbikes, mopeds and quadricycles built after July 2007 had to meet Euro 3, meaning many such vehicles are exempt from paying ULEZ.

If you are going to be riding your motorcycle in a ULEZ area, don’t forget to get your motorcycle breakdown cover – No one wants the inconvenience of being stuck anywhere following a breakdown.