Pothole damage: How to claim for repair costs - a complete guide

Potholes are the scourge of Britain's roads. Local councils spend huge sums attempting to clear the backlog of pothole repairs, but some estimates suggest it will still take them around 14 years to do so.

And the government appears to understand the scale of the problem, having set aside £6Bn to fix our cracks and divided highways.

But those repairs will take time to filter through, and in the meantime we all face the risk of hitting a bump in the road and being landed with a big repair bill. 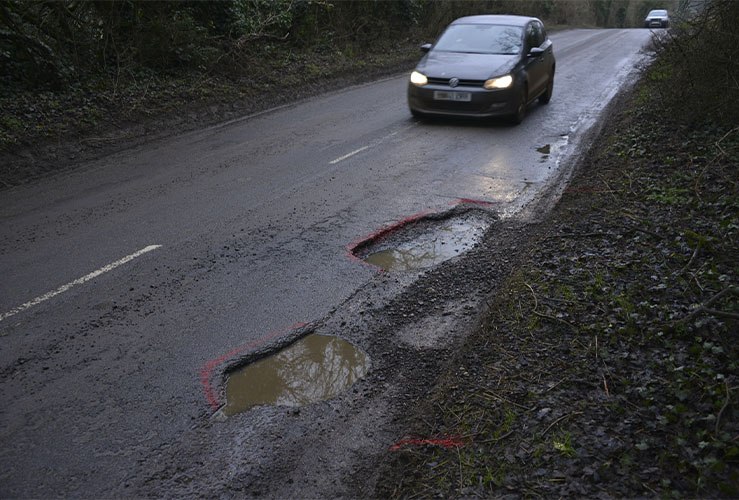 Claiming for your repair costs

However, you may be able to make a claim with your local authority and get your money back, but only if you can prove they were at fault.

Proving liability is no easy task, since potholes are a fact of motoring life. You need to show the council was aware of the pothole and did not act in a timely manner to fix it. Having done this, you'll have a good chance of getting some cash back for your repairs.

As with so many things, there are two aspects to making a claim. On the one hand you're increasing pressure on local authorities to keep potholes in check. But on the other hand, you're making a claim on taxpayers’ funds. With this in mind, you would need to decide for yourself what the right thing to do is.

Other than making a claim, one of the best things you can do is report a pothole as soon as you see it. 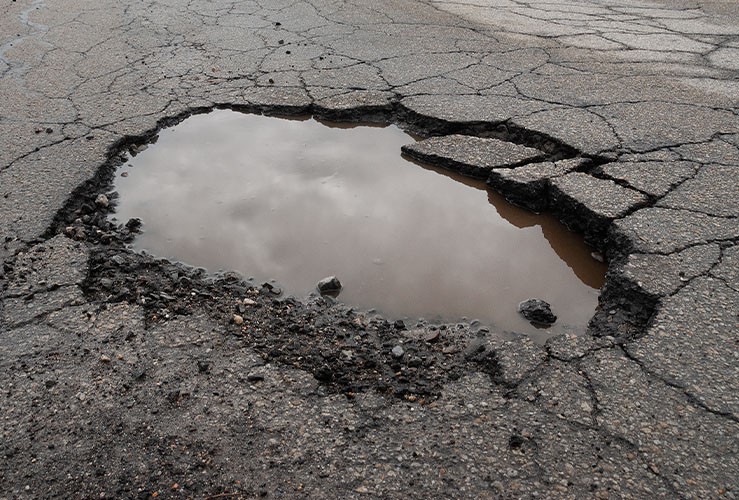 How do potholes occur?

Most potholes are formed when water fills small cracks in the road, freezees, then expands, which acts to widen the gap.

What classifies as a pothole?

According to many councils, a pothole has a depth of at least 40mm. Claims are still possible on shallower holes, but you have less chance of success.

Did the pothole really cause the damage?

You'll need to get a mechanic to put in writing that any damage was caused by a pothole. Commonly, pothole damage relates to tyres, wheels and axles.

If the pothole merely exacerbated a pre-existing issue, then you may only get back part of your repair costs.

Who do you tell about the pothole?

Different sections of road are maintained by different organisations. Generally speaking, in England councils look after B roads and minor A roads, while Highways England takes care of motorways and major A roads.

How much can I claim for pothole damage?

What if I'm injured due to the pothole?

It's also possible to claim for an injury due to a collision with a pothole, but that's outside the scope of this article.

How long will a pothole damage claim take?

It can take a while - up to eight months.

It's a challenge to properly organise and submit a claim, but there's a reasonable chance you'll be successful.

Is there a time limit on claims for pothole damage?

What if the potholed road is privately owned?

The same principle applies - the road owner is responsible for keeping the road in good condition.

What about claiming on my car insurance for pothole related damage?

This could be a quicker and more effective way to recoup any pothole related repair costs. However, you'll need to consider any excess and the impact on your no claims bonus.

However, you cannot claim twice. Any monies from a second claim would need to be paid to the body that paid out in the first claim.

Should I tell my insurer anyway?

Insurers often say drivers should inform them of any pothole damage straight away. This gives you six months to make an insurance claim, meaning you have time to try a claim with the local authority/roads agency first. 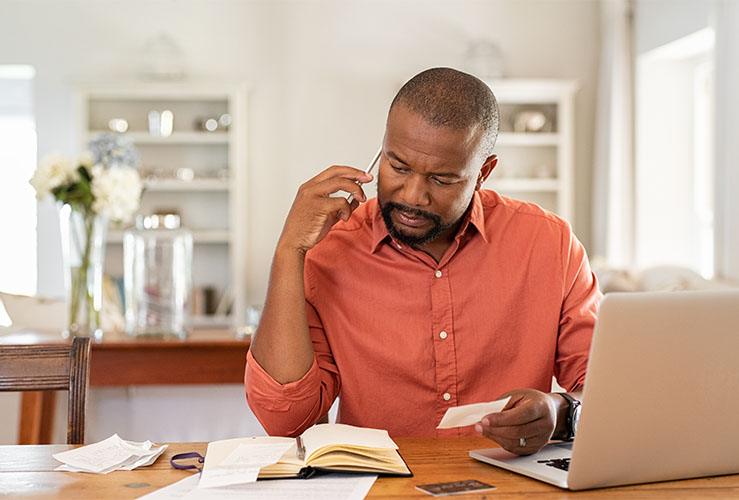 To support your pothole claim, try to gather the following - if it's safe.

NB: you’re not legally allowed to stop on a motorway and take photos, nor indeed for any other reason (apart from being involved in a breakdown, collision or other emergency).

Other notes and information to collect:

You may decide to make a 'fast claim' which as the name suggests is much quicker than a full claim.

After you've made your claim, there are three possible outcomes:

You don't have to accept this, but it's better than nothing and a full claim win is far from assured.

You can either give up or try a full claim. 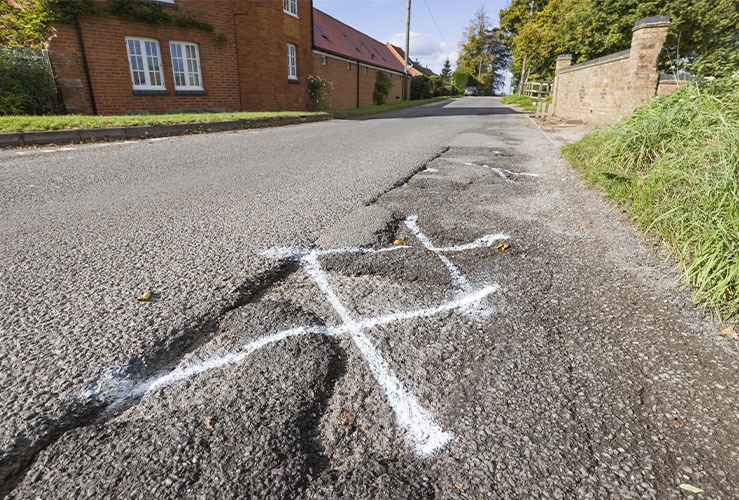 In essence, a full claim involves:

Look for information about:

If not, you may be able to prove they were negligent in this regard.

Submit your claim for pothole damage

When submitting your claim for pothole damage, use neutral language - since it might be read out in court if it gets that far (hopefully it will be cleared up before that). In your account, make constant reference to the collected evidence.

What if your claim fails?