What happens if you get caught speeding?

Hundreds of thousands of UK motorists are given speeding tickets every year, but punishments can vary according to the severity of the offence and the discretion of the attending police officer - or the magistrate if it goes to court. 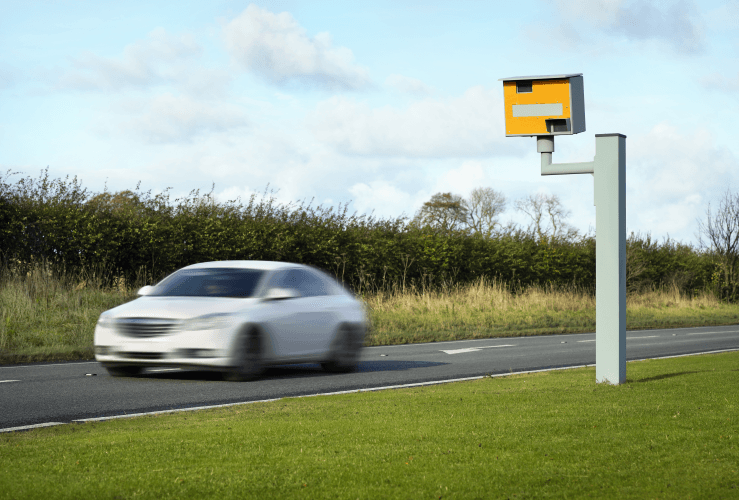 Technically, if you're caught speeding in the UK, by the police or a speed camera, you could be given a £100 speeding fine (Fixed Penalty Notice - FPN) and have three penalty points to your licence. This is the minimum penalty if one is given to you.

Below, we explain in more detail, what happens if you get caught speeding.

What happens if you’re caught speeding by a speed camera?

Within 14 days of your car being caught speeding by a speed camera, you’ll be sent a:

You must return the Section 172 notice within 28 days, telling the police who was driving the car.

If you ignore the notice, you may end up having to go to court.

After you’ve sent the Section 172 notice back, you’ll be sent either a:

Have I been caught speeding?

Unsure as to whether you have been caught speeding by a fixed or mobile speed camera?

What happens if you’re stopped by the police for speeding?

If you’re stopped by the police for speeding, they can:

Having been caught speeding, you may be able to avoid speeding fines if you agree to undertake a speed awareness course. However, your eligibility for such a course may be affected if you have been found guilty of a speeding offence within the last three years.

Speed awareness course availability may also depend on which police force is dealing with your offence.

In very severe cases, if you have been caught speeding you may need to attend court, and you may be given more penalty points or lose your licence altogether.

In most cases, police won’t prosecute you for speeding unless you are considered a 'serious offender'. But technically, even exceeding the speed limit by 1 mph is an offence.

You would also need to attend court if you ignore the FPN or decide to dispute it.

If there are details missing on the ticket, incorrect or obscured signs in the area you were caught, or if you can prove you weren’t driving, you may have grounds to dispute the FPN. However, excuses such as not being aware of the speed limit, or that the roads were quiet, are very unlikely to sway the judges in your favour.

If your dispute is unsuccessful, you will probably end up paying a much heavier fine than if you just accepted the initial FPN. You might also need professional legal advice, and the process could be time-consuming and stressful.

The National Police Chiefs’ Council (NPCC) does recommend giving motorists a so-called ‘10% plus 2’ leeway, but as stated, being just 1mph over the limit is an offence. It is unclear whether speed cameras operate with a 10% leeway before triggering.

However, the 10% leeway should not be relied on: staying safely within the speed limit is the soundest advice.

If you've been referred to court following being caught speeding, you could be instantly banned from driving. However, in practice magistrates don’t do this unless you were very far over the speed limit.

A driving ban for speeding in the UK can last for between 7 and 56 days, depending on how serious the offence was. In extreme situations, the ban can last up to 120 days, in which case you would need to reapply for a driving licence and you may even need to resit your driving test.

You might be shown leniency if you were speeding because it was an emergency, or if you would lose your job without a licence.

Sentencing guidelines for being caught speeding

Maximum sentencing guidelines for speeding depend on the speed you were travelling and the speed limit of the area where you were caught speeding,

*This is the guideline, but the magistrate can issue speeding fines up to 25% on either side of that sum, so serious offenders could face a fine of up to 175% of their weekly income. The fine is capped at £1,000, or £2,500 if the offence took place on a motorway.