Bus lanes: How to use a them correctly

A bus lane has appeared in front of you while driving, or worse, you've accidentally driven into one. Should you be in it? What are the penalties for driving in a bus lane when you shouldn’t? 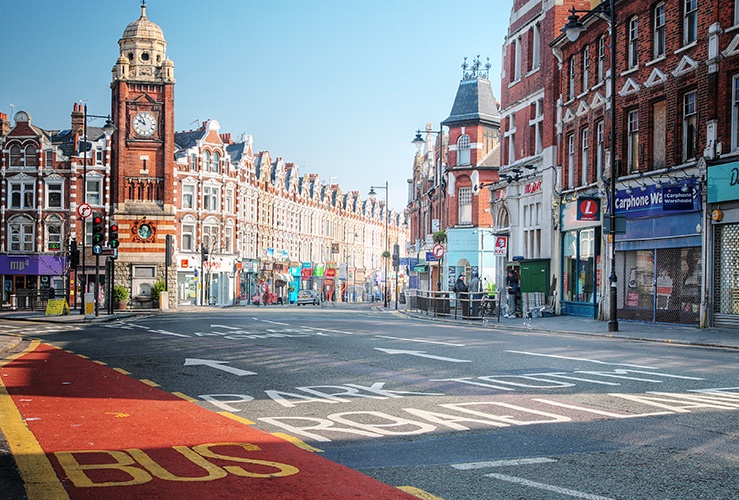 How to use bus lanes is perhaps not the most stressful aspect of driving, but it can be a worry. If you drive into a bus lane at the wrong time of day, you could get a fine - or, if you’re doing your driving test, you could get a fail.

Bus lanes are marked by a dashed white line, which turns into a solid white line. They are also generally marked with the large words BUS LANE painted on the road as they begin.

Knowing when you can use a bus lane is critical. Always look out for blue bus lane signs when turning into a new road. They should show when a bus lane can be used, and which types of vehicle can use them. Often, alongside buses, motorbikes and bicycles (depicted on the sign by icons) are permitted all the time, while cars are restricted to certain periods.

These symbols may be accompanied by something like "Mon - Fri at any time", meaning cars can only use them on the weekends; or "Mon - Sun 7-10am 4-7pm", which means you cannot drive a car in the lane during these times.

If no times are listed, assume the bus lane is in operation 24/7 - and avoid it.

But it's important to use bus lanes if you're permitted to do so, as this allows other vehicles to overtake you, and helps ease congestion. You may also fail your driving test if you do not use one when you're allowed to.

Always give way to buses if you can

Unless a bus has its own lane, you should always give way to it if possible.

Watch out for pedestrians

Always keep an eye out for pedestrians emerging from between buses, or pedestrians heading across the road from the right towards a bus stop.

On some one-way roads, the bus lane may be on the right-hand side - so bear this in mind.