What can cause the airbag light to come on?

Because your airbag is such a key part of your car's safety system, it's critical to address an illuminated airbag light. It could be the difference between life and death. While the airbag or SRS light may come on for a variety of reasons, it could mean that your airbag won’t deploy if you're in an accident. 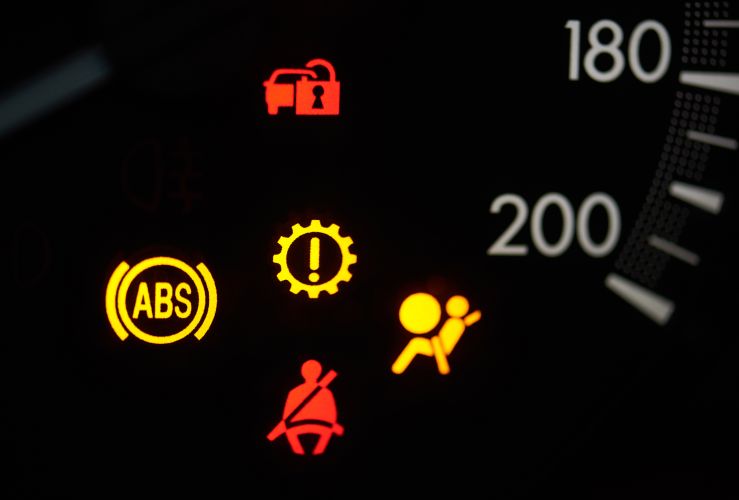 What should you do when the airbag light comes on?

Whenever you start your car, all the dashboard warning lights will come on momentarily. This is normal - it is your car self-testing the vehicle's systems.

However, if you see a warning such as "Air bag off" or "Airbag deactivated!" - remain lit, you need to act.

If this happens, in the first instance, take your car to a mechanic who will be able to check the codes and diagnose the issue.

Will the airbag still deploy?

If the airbag light is on, your airbag system has a fault and it may not deploy in the event of an accident. This is because the car has disabled the system.

Airbags are a common safety feature on new vehicles in the UK. Front passenger airbags are now standard equipment (although there is no legal requirement for them to be fitted). However, because they inflate rapidly in the event of a collision, they are able to cushion the driver and/or passenger’s head and upper body - which might otherwise strike the dashboard or steering wheel.

According to a study in the British Medical Journal, the use of seatbelts saves around eight times more lives than airbags deployment. However, they remain an important safety device so you should ensure your airbag system is working properly at all times.

If debris or some kind of object is stuck in a seat belt catch, it could cause the seatbelt not to lock properly - and for the computer to think the seatbelt is not fastened. This could trigger a false airbag warning light.

Check to see if anything has got lodged in the seat belt buckle, interfering with the sensor.

Sometimes the driver or passengers will put things under the seat, which can damage the wires and cause the airbag light to display.

Your car's clock spring allows the steering wheel to turn, while maintaining the connection between the electrical system, horn - and airbag.

In older cars, damaged or worn clock springs are more common and will trigger the air bag light on the dash. It will take an hour or two of labour, plus parts, to fix this. The cost might vary depending on your make and model.

Car has already been in an accident

In rare cases, a vehicle may have been in an accident - but one not serious enough to trigger the airbag. This near-miss may prompt an SRS airbag warning light - which may need to be reset.

In very rare circumstances, a car may have been flooded, resulting in a corroded computer circuitry. The damage may mean the computer cannot detect the airbag.

While uncommon, it’s possible that an airbag system is not manufactured correctly in the first place. However, such a fault may not trigger the airbag light.

A well-documented example of a mass-scale airbag manufacturing fault involved Takata airbags fitted to cars between 2002 and 2015. Cars with these airbags were recalled due to a risk of metal shards being propelled from the inflator housing during inflation.

Your mechanic will be able to diagnose the airbag light issue by checking the code.

While many garages can fix the issue, in some cases - such as when the airbag needs to be replaced altogether - the owner may be referred to the original dealership for a solution.

How much to fix an airbag warning light in the UK?

Seeing the airbag light on the dash can be a worry because a faulty airbag is not cheap to repair.

In the first instance, an inspection will cost around £70 - and that’s before any remedial work is carried out. If repairs are needed, springs, sensors, and other components may need to be replaced, which on top of labour charges can amount to £650, but may be as high as £2,000.

The final cost will depend on factors like the vehicle’s make and model, and the type of airbag. For example, some models have side and curtain airbags, as well as driver/passenger airbags.

Given the cost, it may be tempting to forego such repairs, but airbags remain an important safety feature that could save the lives of you and your passengers.

More generally, it's crucial to keep your vehicle in good working order to stay safe while driving. But things can go wrong. From flat batteries to alternator faults and electrical issues, it’s not always easy to see a problem brewing.

For complete peace of mind on the road, consider taking out breakdown cover - so you know a trained mechanic will be sent to assist you and get you back on the road.