What is oversteer and understeer?

If you read or watch a lot of car reviews, chances are you'll have come across the terms 'understeer' and 'oversteer'. Automotive journalists and bloggers tend to use such terminology with dazzling frequency - but usually without providing any kind of explanation for the non "petrolheads" among us. 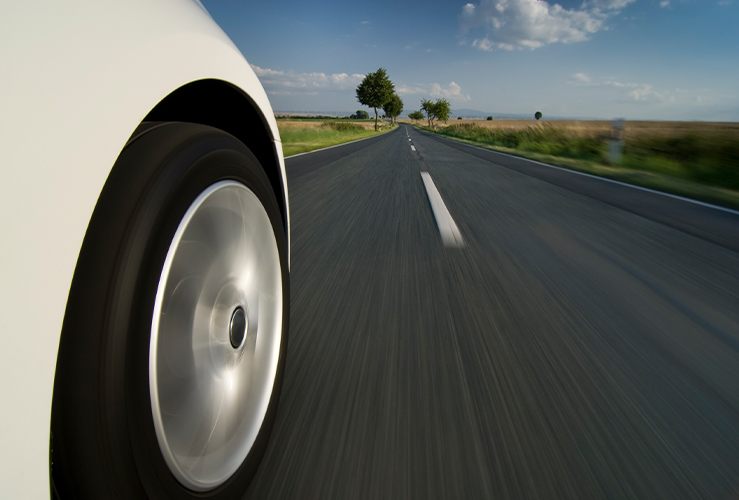 Here we'll explain these two terms as simply as possible.

Both relate to when you press a vehicle beyond the limits of its tyre grip.

If you're a steady driver who stays well under the applicable speed limits, you'll probably never encounter under or oversteer. Additionally, most modern cars employ a host of safety tech to prevent you from experiencing either. But with that being said, understeer and oversteer are far from a rarity on our roads.

Understeer happens when a vehicle's front tyres lose grip while turning a corner in the road due to too much speed; in essence the car keeps going in the same direction, rather than turning in the desired direction. This results in the front of the vehicle moving towards the outside of said corner (rather than the inside) - and a general loss of steering control.

A vehicle's front tyres can start to slip if they are required to deal with high speeds or a lot of braking while taking a corner. This may cause the front tyres to slip in the direction of travel which, for obvious reasons, can be dangerous.

How to prevent oversteer

You can prevent understeer by keeping your speed down. That said, even taking a roundabout slightly too fast could result in understeer. But if you keep a close eye on your speedo while taking corners, you should be able to avoid this problem.

If you feel your car begin to understeer, ease off the brakes or the accelerator - but not completely. At the same time, reduce the angle of oversteer. These measures should help you take back control.

Oversteer is a very close relation to understeer - the only difference is that it affects the back wheels instead of the front wheels. It occurs when the driver applies too much acceleration or braking while throwing their car into a turn - to the point that the rear wheels begin slipping. The rear of the car will kick out in this eventuality - a feat you might have seen Clarkson, May and Hammond perform on TV.

Oversteer takes place when a car has been thrown into a turn with too much power for the tyres to effectively deal with, making the wheels slip in the opposite direction of the turn. This can also happen if you brake too hard while in a turn or if you take your foot off the accelerator too quickly.

Oversteer looks great in Vin Diesel movies, but is to be avoided on the Queen's highway at all costs - since it often precedes a serious incident.

How to prevent oversteer

As with understeer, keeping your speed down should help minimize the chances of oversteer. Accelerating into a corner too quickly is sometimes known as “power oversteer” - and if this happens to you, ease off the throttle.

Other important tips for dealing with oversteer:

Most regular cars have a tendency to understeer, but in vehicles with rear-wheel drive oversteer is the main risk. For new drivers who have invested in a rear-wheel drive vehicle, it's crucial to be extra careful on corners; do not deactivate stability or traction control - unless you're driving somewhere safe to do so - such as a racetrack.

Your tyres should be inflated to the manufacturer's recommended level and treads should not be worn.

How rain affects understeer and oversteer

If it is raining or if it has been raining, your tyres will have even less grip on the road, so under or oversteer is more likely. Snow can further increase the risk - so whenever there is precipitation, slow down and be extra attentive when making turns.