How to report dangerous driving

While most drivers control their vehicle in a safe and competent manner, there remains a minority of bad drivers in the UK.

If you've witnessed an incident of dangerous driving, you may believe you are powerless to do anything about it. However, if you feel another motorist has put themselves, their passengers or other road users (including you) at risk, you can report their dangerous driving to the police. 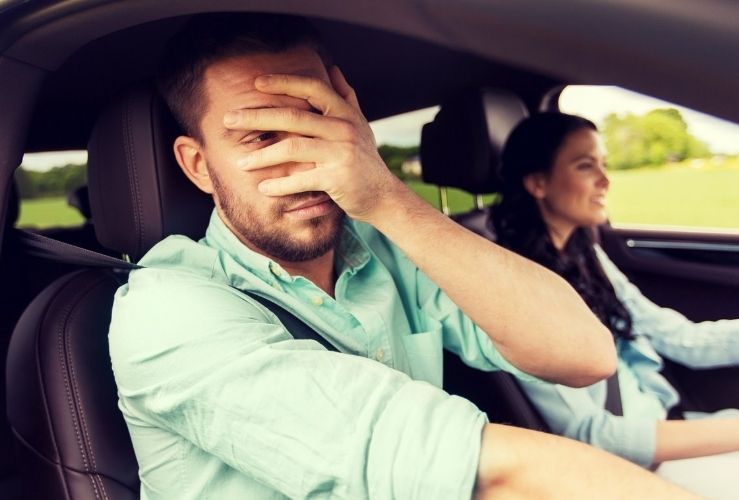 What is dangerous driving?

According to the Crown Prosecution Service, dangerous driving is “driving [that] falls far below the standard expected of a competent and careful driver and it would be obvious that driving in that way would be dangerous”.

Note the word “far” since it emphasises the serious nature of the alleged offence; “bad driver” does not nearly cover it.

Examples of dangerous driving include: 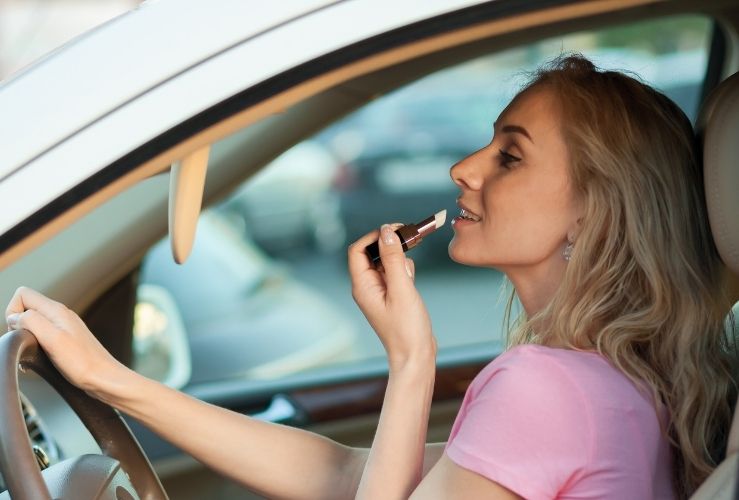 What is careless driving?

Dangerous driving should not be confused with “careless driving” which is a standard of driving which falls below the level of safe and competent driving, but not is not as extreme as dangerous during.

The penalty for careless driving may be a Fixed Penalty Notice of £100 and three points on your licence, although a driver education course may be offered by some police forces, in which case such the above penalties may be avoided.

What is anti-social driving?

The term “anti-social driving” may also be used.

Avon and Somerset Police states that anti-social driving is “any activity involving a vehicle which causes alarm or distress”. This includes: racing, drifting around corners, making excessive noise or playing loud music from the vehicle.

Police have the power to issue a £100 Fixed Penalty Notice and three licence points, even if an accident has not taken place. 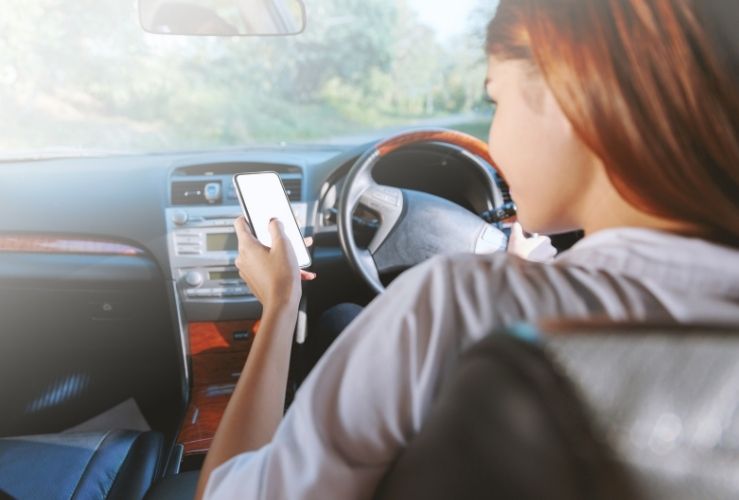 Using a mobile phone while driving

Using a mobile phone while driving can be extremely dangerous - whether it’s hand held or handsfree.

Drivers using phone communications are four times more likely to be in a collision resulting in injuries.

Mobile phone use behind the wheel can be a major distraction, making it harder to concentrate on the road ahead and on other road users. Research suggests it can take half a minute to regain full concentration after a phone call, during which time the quality of driving is impaired.

Using a hands free device while driving is not illegal, but it can be as dangerous as using a hand-held phone. Handsfree should be set up before the journey commences.

Note that while using a hands free kit may be lawful, if it causes a distraction and contributes to an accident, a motorist could still find themselves in hot water with the law.

Should I report dangerous driving?

You may have reservations about informing the police about an incident of dangerous driving, but doing so may help make the roads safer.

Perhaps unsurprisingly, research suggests people are significantly less likely to report an instance of dangerous driving committed by a family member compared to a stranger.

In the case of a family member who has been driving dangerously while drunk (or who may be about to), many people prefer to take away the person's keys, call them a taxi or offer them a lift.

Whether or not the person who has committed an alleged dangerous driving offence is known to you, you can always inform the police anonymously, eliminating much of the stress caused by doing so.

How to report dangerous driving

If the incident is in progress, you should call the emergency services on 999, so they can take action to stop the driver from posing a risk to themselves and others.

Ensure you're in a safe place to make the call - and of course, never be tempted to make any call while you yourself are driving.

You can make a traffic offence report to the police by:

Thanks to the prevalence of dash cams, it is easier for police to secure a conviction in the modern day.

If you do decide to send dashcam footage to the police, ensure you are parked somewhere safe when you access the data, and be aware that any other offences on the footage (including yours) may also be investigated.

You may also send footage of the incident taken with your phone, but this should not be captured while you are behind the wheel (or otherwise cutting yourself at risk).

Websites like Nextbase.com make it easy to find your local force and upload your dashcam footage. It provides further information on how to report a bad driver to the relevant police force. 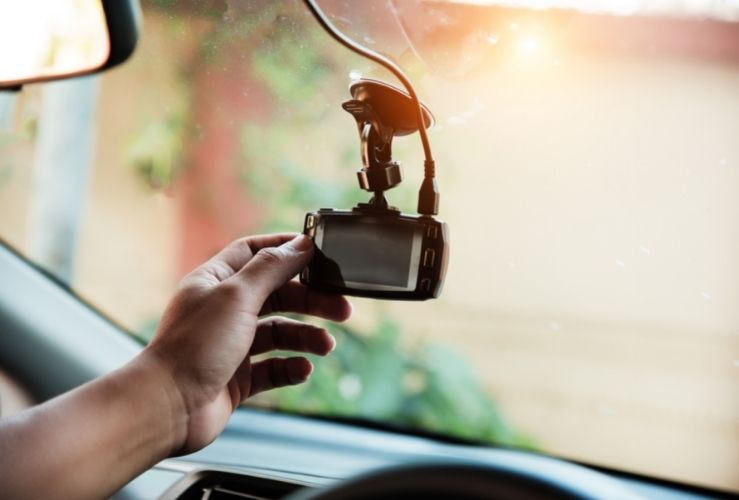 I don't have a dashcam. What should I do?

You can still report an incident of dangerous driving if you don't have a dashcam. You will need to provide as many details as you can, including:

You can use a form on the Metropolitan Police website to report an incident. The incident can have happened anywhere in the UK.

Can I be sure my report will be anonymous?

Yes, your traffic offence report to the police will be anonymous. However, officers may contact you for more information, and you may be required to attend court if you are a witness.

What will the police do about it?

A substantial proportion of incidents of dangerous driving result in police action.

This action may take the form of:

You can also contact the DVLA to report a driver regarding an incident of erratic or dangerous driving. It will be anonymous if you make the report over the phone, but not if you choose to report using the DVLA’s online form.

What are the penalties for dangerous driving?

Offence: Causing death by careless driving under the influence of drink or drugs

Offence: Using a vehicle in a dangerous condition

Penalty points:3 in each case

Find out more information on motoring penalties on the Highway Code website. 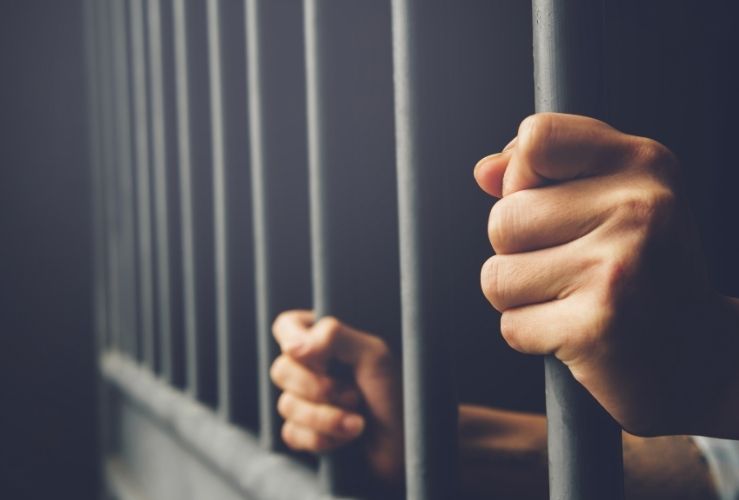 Will a convicted dangerous driver end up in prison?

Whether or not someone convicted of dangerous driving receives a custodial sentence depends on how severe the case is. For example, if someone is killed or seriously injured, the case for a jail term may be much stronger.

If the police have grounds for suspecting someone has committed dangerous driving, they will receive a court summons.

Insurance for those convicted of dangerous driving

Motorists who have been convicted of dangerous or careless driving may find it difficult to obtain insurance.

Providers that do offer insurance will likely charge a higher premium, since the driver is deemed a higher risk than a driver without a conviction.

By making a traffic offence report you are helping to reduce the number of bad drivers in the UK, while promoting safer roads for us all. It’s possible your actions could help prevent someone being injured or even killed.