What is a VIN number?

Before a vehicle leaves the production line, it is given a unique 17-character "VIN" - which stands for vehicle identification number.

This is comparable to human DNA or fingerprints; no two cars will have the same VIN (unless something illegal has happened).

The term "VIN number" has entered common usage, but it is technically incorrect: "number" is redundant since that's what the 'N' stands for; and there are in fact letters as well as numbers in the VIN. However, here we shall use "VIN number" to follow convention.

What is a chassis number?

Sometimes a VIN number is referred to as a 'chassis number.' They are one and the same.

What is the VIN number for?

The VIN number is used to identify the vehicle beyond all doubt.

The VIN number is essential for:

When buying a used car, you can search a vehicle's VIN number and find out about previous owners, accidents and repairs. You can also find out if a vehicle has ever been recalled - and what was done by the manufacturer to fix the issue.

All this information can help you decide whether or not a vehicle is a good deal or not.

Critically, you'll know if it is safe to drive. For example, being able to read and check the VIN number can help identify ‘cut and shut’ cars (further explained below).

The VIN number can be used to find out about engine output, braking and transmission systems.

The VIN can be invaluable in helping police track down stolen vehicles.

Why aren't number plates a reliable way to identify a vehicle?

Because number plates can be changed, they are not a reliable way of identifying a vehicle.

Doesn't the engine have an identifying number?

Yes, every engine has its own identifying number. In most cases this is completely unique, so the manufacturer can identify each individual engine and when it was made.

However, because engines can be replaced, their identification numbers are not a reliable way to identify a vehicle.

Example of a VIN number

Different characters or groups of characters in a VIN correspond to various pieces of information about the vehicle, such as:

Below we explain the different parts of the 17-character VIN number.

This is the world manufacturer identifier (WMI). The first digit identifies the nation of origin. For instance Japan is J, the UK is S, and Germany is W. For the US it is 1, 4 or 5.

The second character denotes the manufacturer. This can be confusing because some carmakers have more than one letter, and some carmakers share letters. Eg, Audi is 'A' but also sometimes 'R'.

The third digit is viewed alongside the first two letters or numbers of the VIN, and denotes the vehicle's type or manufacturing division.

Next six characters (4-9) of a VIN number

This is the vehicle descriptor section.

Character 9 of a VIN number is the 'check digit'. This varies and will have been arrived at via a mathematical formula developed by the U.S. Department of Transportation.

This is the vehicle identifier section.

Position 10 of the VIN number denotes the model year. This can be confusing since letters are reused once the alphabet has been cycled through.

Note that I, O, Q, U, or Z  are not used because they can be confused with certain numbers.

Position 11 identifies the plant where the vehicle was made.

The final six digits are the unique identifying code for that particular vehicle.

Note the above standard may differ slightly between the US and Canada, and Europe. 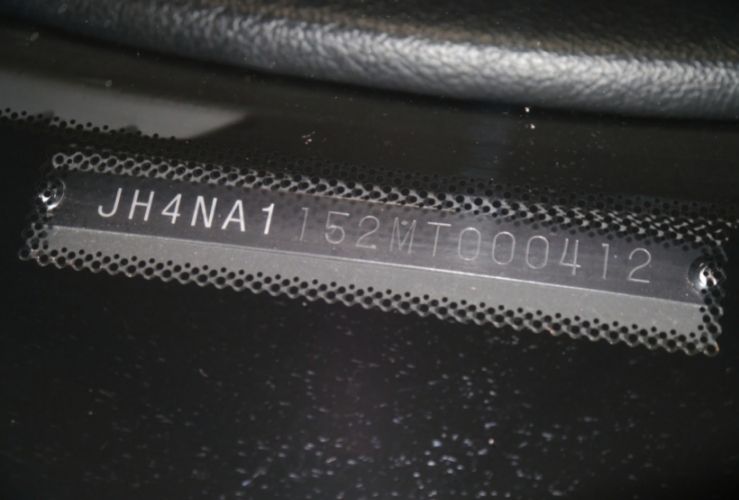 Where is the VIN number on a car?

In the UK most cars display their VINs in the engine compartment, and often on one of the front door frames. Modern vehicles also show their VIN number on the front of the dashboard. These parts generally stay the same throughout a vehicles' life, unlike, for example, wheels, brakes or the engine.

In order for a criminal to change a vehicle's VIN, they would have to interfere with up to three instances of the VIN - so it is easy to see if something is amiss.

For example, thieves may attempt to hide the fact a vehicle has been stolen by editing or deleting the VIN.

If you see a defaced or suspicious VIN number when buying a used car, avoid it at all costs.

The vehicle's VIN should match the one in the logbook

With a legitimate vehicle, the VIN on the doorframe/dashboard will match the one printed in the logbook.

If the VINs do not match exactly, do not buy the car.

Thieves sometimes transfer the details of a legally-registered vehicle onto a stolen one. This is known as VIN number cloning. 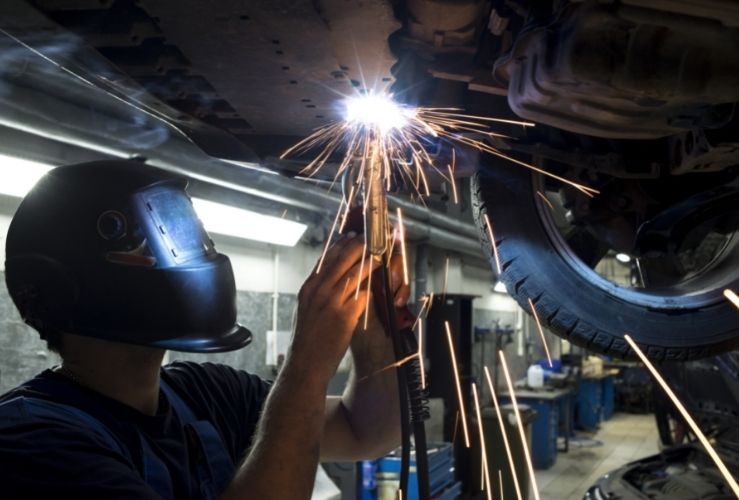 A 'cut and shut' car is one that comprises front and rear sections from different vehicles which have been welded together.

The practice is illegal and may result in two different VINs being present on one vehicle. If you spot anything suspicious like this, walk away.

Cut-and-shuts have often been welded together to a low standard and so in a worst-case scenario may literally fall apart on the road.

Note that mis-matching VINs are only one possible clue that you have encountered a 'cut and shut'. Other signs include mismatching paintwork and mismatching interiors.

Vehicle number check UK: Can I check a VIN?

Yes, you can check a VIN. But a basic free car VIN number check will only show limited information such as engine size and fuel type.

For a more detailed report you'll have to pay.

Just search "VIN number check UK'' or similar and a number of providers will be displayed. Prices start at just £2 - worth the money considering how useful the information can be.

VIN: Its history and its future

The VIN was first used in the USA in 1954. However, different carmakers used different standards from 1954 to 1981.

The format was standardised in 1981 by the National Highway Traffic Safety Administration.

While the 17-character code is now used worldwide, there are differing standards governing what each character means.

Europe uses "ISO", while the US and Canada uses "FMVSS ''. The "ADR'' standard is used in Australia.

In 2008, the US National Highway Traffic Safety Administration ruled that "the current 17 character vehicle identification number (VIN) system, which has been in place for almost 30 years, can continue in use for at least another 30 years".