How to drive over speed bumps safely

Speed bumps are 'traffic calming measures' that dissuade drivers from exceeding the speed limit on a particular stretch of road, with a view to reducing injuries and fatalities. Studies have shown that driving at lower speeds gives the driver more time to react to a hazard. Additionally, someone struck at 20mph will have less severe injuries and will be less likely to die compared to if they were hit at 40mph.

As a driver, it's important to know how to drive over a speed bump properly, to prevent damage to your vehicle, and to avoid a bumpy ride. 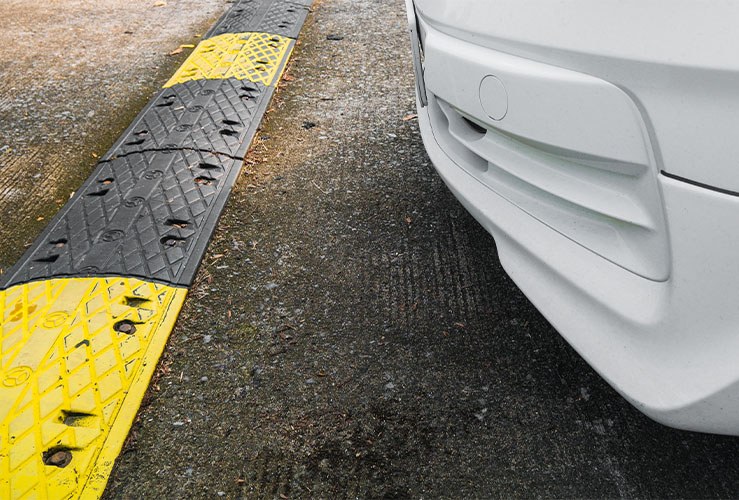 Drivers of manual transmissions need to note their gear and their speed as they drive over speed bumps.

Drivers of automatic transmissions only need to be aware of their speed as they approach a bump. 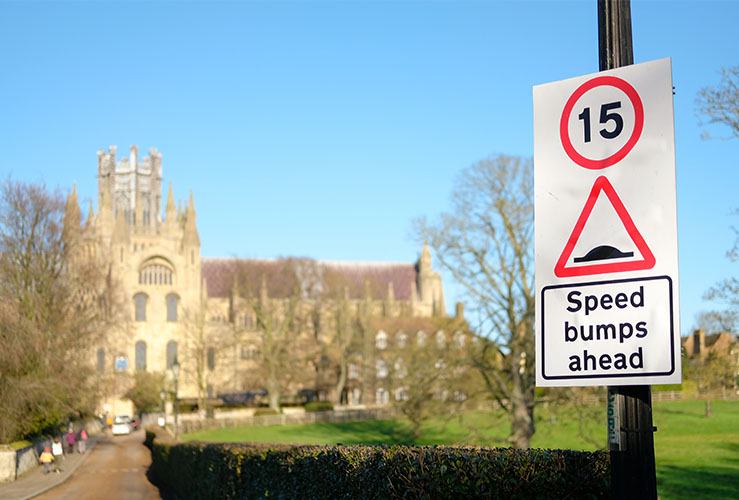 Speed bumps are denoted by a sign featuring a black hump in a red triangle. They may be accompanied by rectangular signs stating how far away the hump is.

It's important to look at the road ahead as a speed bump nears, adjusting your speed and course as appropriate. Manual drivers will need to choose the right gear.

In the UK, speed bumps are sometimes referred to as ‘sleeping policemen’; decades ago the shape and height of speed bumps more closely resembled a person. 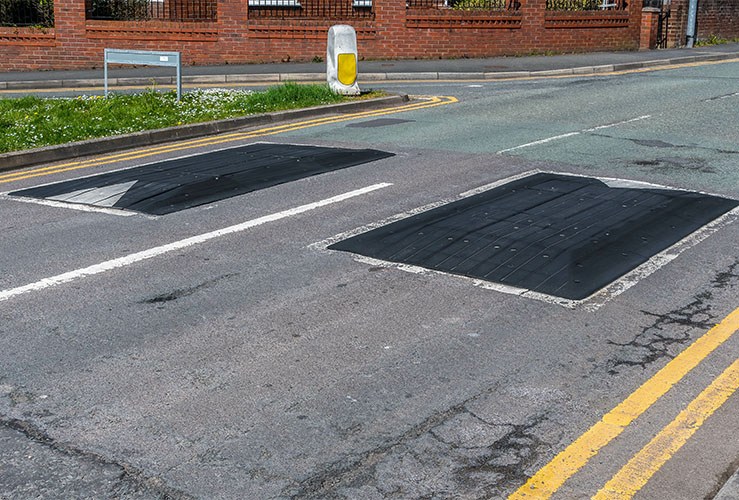 These speed bumps are raised squares of tarmac (sometimes rubber) with sloped edges. They appear in pairs with one square in each lane. This bump forces the drivers to slow down and align the wheels so they don't hit the highest point of the bump.

NB: If there are a series of upcoming speed bumps, it may not be worth going into third gear (just stay in second). 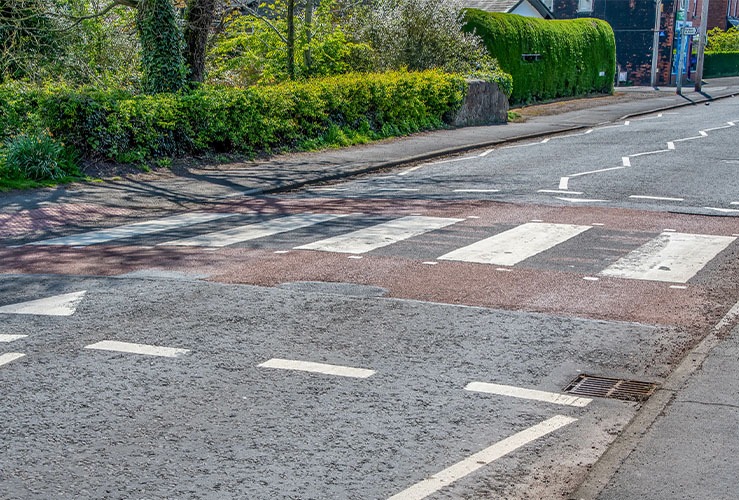 These wide speed bumps extend across the entire width of the road. Often made of bricks or tarmac they can cause damage to your vehicle if you cross them at too high a speed. However, because they are wider, they tend to cause less damage to vehicles than narrow bumps (see below). They may also form a pedestrian crossing. 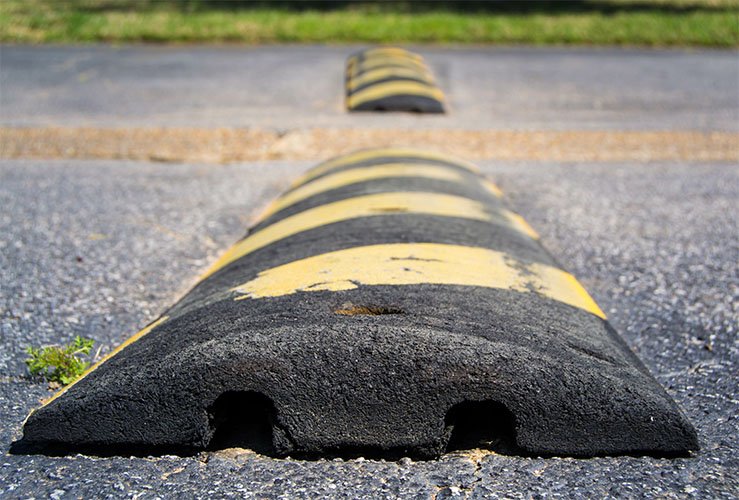 These speed bumps potentially cause the most damage to your vehicle if driven over at too high a speed. They are often in car parks and outside schools and either can extend across both lanes or take the form of two separate bumps. You'll need to drastically reduce your speed to below 5mph in order to avoid damage - and an uncomfortable bump.