Tips to keep your van secure

No matter how many van security systems you install, it’s always possible they may be broken into or stolen. Indeed, vans are targeted by thieves more than any other vehicle type.

However, you can take steps to keep this risk to the absolute minimum - and save you from losing your valuable tools and equipment, or the van itself. The following measures will slow thieves down or stop them completely; since thieves want to work fast to avoid getting caught, anything you can do to dissuade them from attempting a break-in is a plus.

Prevention is the cure

Sometimes people only upgrade their van security systems after they've experienced a break-in. But being more proactive can prevent this from happening in the first place.

Factory locks may not be enough

Sadly, factory standard locks are fairly easy for thieves to break into, so adding extra security is wise.

Additionally, remote locking systems can be hacked using a radio receiver that costs as little as £40. These intercepted codes can be used to predict the next code you use. The thieves can then access your van easily or can even prevent the signal from your key reaching your van so it remains unlocked. A remote locking hack will also disable your alarm.

Vans with keyless ignition systems can be targeted with a "relay attack". Would-be criminals intercept the signal from your smart key using a computer, then send it to an accomplice with a transmitter near your van. The van’s security system believes the real key is nearby so it unlocks the doors. And without signs of a forced entry, the insurer may not pay out.

Here are some key tips on how to make your van secure.

Never leave your keys in your van for any reason - even if you're loading, unloading, or going to pay for fuel.

Thieves prefer to work in the dark, so parking your van under a street light or other well-lit area is a must. You might also park under a motion sensor light. This is an easy, low-cost way to protect your van when it's parked overnight.

Parking your van where there's plenty of foot traffic will deter thieves. Good examples are shopping outlets or supermarket car parks. If you're collecting supplies from a hardware store, be sure to park in a busy area, ideally as close to the entrance or pick-up area as possible - where there's most activity. Thieves sometimes target vans parked by hardware stores because they know they might contain valuable equipment.

If you're parked in a quiet area of a car park, thieves may park their van next to yours, making it easier and less obvious that a break-in is taking place; they can then pack up and flee before anyone knows they're there. 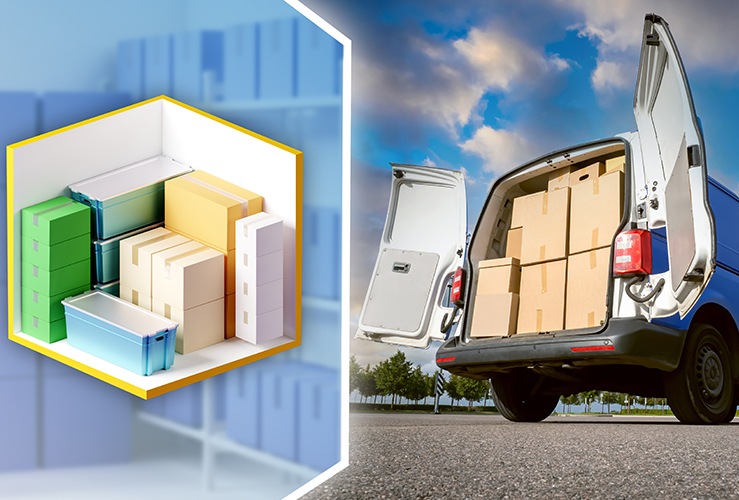 Drive off as soon as you get in your van. You can do your paperwork at home.

5. Hide your keys at home

Keep them away from windows and the letterbox. Store them in a drawer or otherwise out of sight.

6. Unload your van at night

This will make it less obvious that you have valuable tools.

Thieves will be less interested in breaking in if they cannot see anything of value to steal.

8. Look out for people loitering

If a parking spot looks a little risky, find somewhere else where there are more pedestrians around.

9. Don’t let anyone distract you to get you away from your van

This tactic may be used to steal from your vehicle.

This will make it easier to track your vehicle if it does get stolen.

While this is a less orthodox anti-theft tip, it can be effective. Obtain a manikin head and place it on a box covered in shirts. From a distance it will look like the van is occupied and thieves won’t come near. Blow-up dolls have even been used for this purpose! 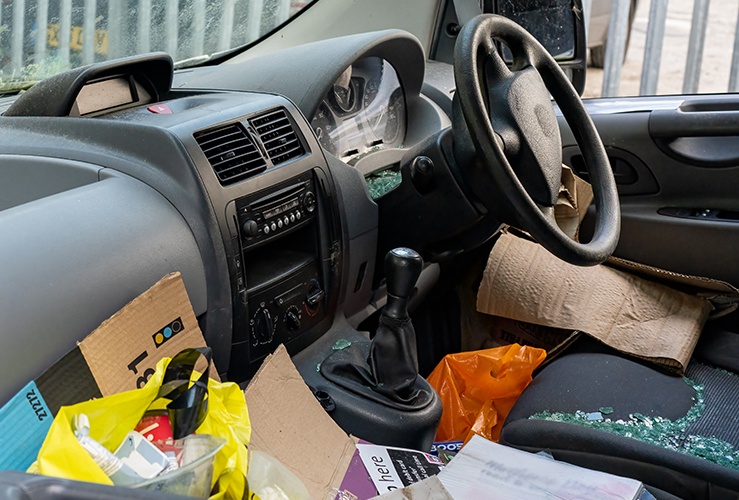 12. Add film barriers to your side windows

Manufacturers such as 3M make film that you can lay on your side windows. This means the glass won’t shatter and it will take longer for the thieves to gain access to your vehicle.

13. Add a bulkhead inside

A bulkhead is a barrier placed between the cabin and the main storage area of the van. Installing one will make it impossible for thieves to enter the storage area even if they do break into the cabin. Prices start at around £200 rising to £500+ for larger vans.

Park strategically in a corner, with the driver-side door and rear doors up against walls, fences or other objects. This will make it impossible to enter via these doors due to the lack of clearance. If no such parking place is available, you might consider installing posts which will serve the same purpose.

There are two main types of alarms for vans.

The first is a contact alarm. These are triggered if the contact is broken due to a door being opened. These are arguably less desirable because it means someone has already broken into the van - and by the time someone arrives at the scene it could already be too late.

The other option is a motion-sensor alarm. These are triggered as soon as the van is jostled and are arguably among the best van security alarms.

All vans come with factory-installed locks. While they are well-made, thieves are very familiar with them and know how to break in. As such, installing an aftermarket lock is a good idea.

There are two main types of aftermarket lock:

The first is the puck lock, which sits outside your van. But how secure are van puck locks? The issue with these is they make it obvious how the van is secured, and they can be broken into quickly.

The other main option is the deadlock. How secure are van deadlocks? These are a good option because they are installed on the inside and are not visible to thieves - so they don't know what's securing your vehicle. These locks extend through both doors, so they are almost impossible to get through. 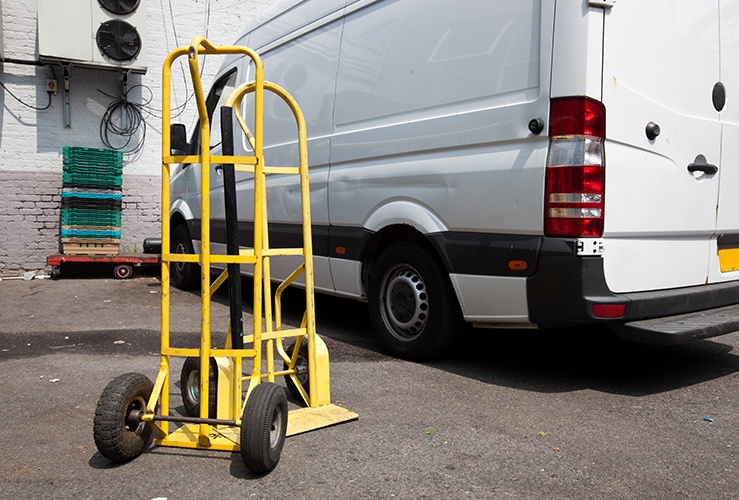 17. Consider not advertising on your van

Your van can act as a moving billboard, advertising your business wherever you go. However, they make it obvious that you are a tradesperson so thieves know valuable items may be inside.

An alternative is a magnetic sign. If you're parking in a questionable area you can simply remove them while you're away and then replace them when you return.

This is a slight catch-22 because you'll miss out on an advertising opportunity while parked up - but it’s better than having your van broken into.

Fit security cameras to your van. These work like doorbell cameras outside your home. Some products also come with an intercom system, so you can tell any intruders to leave via the speaker.

Adding visible security measures can deter thieves. These include blinking red lights on alarm systems, puck locks on the doors, and brand stickers - for example showing that a certain type of deadbolt is fitted.

Hardest van to break into?

The least-stolen van on the list was the Honda NSC 110 E-E - which rather than meaning it's the hardest van to break into, could suggest other models are more desirable or more common.