How to report an abandoned vehicle: Complete guide

Abandoned vehicles can be hazardous, an eyesore and reduce the quality of life of people living nearby. Here's what to do if you believe a vehicle has been abandoned in your community.

As many as two million vehicles in the UK reach the end of their life each year. Of these, many thousands are abandoned. Vehicle abandonment has long been a major issue: a Department for Environment, Food and Rural Affairs (Defra) report from 2002/2003 estimated around 299,000 vehicles were abandoned in those 12 months.

And it remains a big problem today.

Reporting an abandoned vehicle: what to do

If you believe a vehicle has been abandoned, you should report it to your local authority.

You can find the relevant authority be entering your postcode on the Gov.uk website:

Note: you should be sure - as far as possible - the vehicle is actually abandoned, rather than a "nuisance vehicle".

Read on to learn more.

What is an abandoned vehicle?

There is no strict legal definition of an abandoned vehicle. But when a local authority deems a vehicle to be "abandoned" it becomes so.

The Refuse Disposal (Amenity) Act 1978 states that a vehicle is abandoned only:
“Where it appears to a local authority that a motor vehicle in their area is abandoned without lawful authority..." 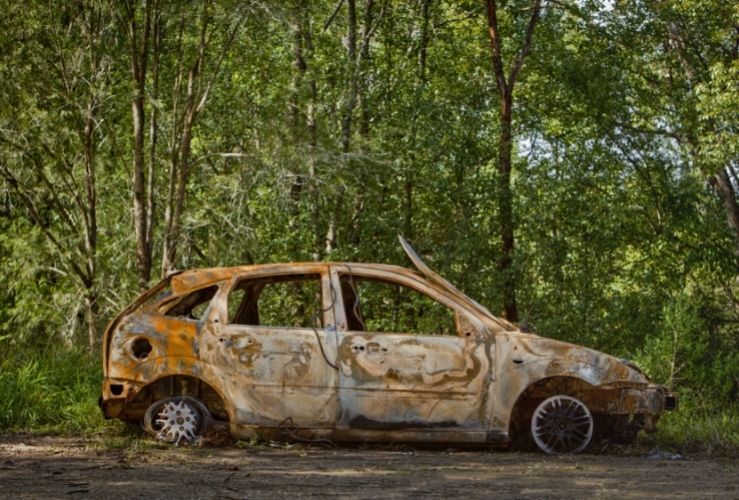 Signs a vehicle may have been abandoned:
Staying safe around abandoned vehicles

Never touch or enter a suspected abandoned vehicle. They may contain sharp objects and hazardous waste, and pose a fire/explosion risk.

If you find a vehicle on fire, keep your distance and call the fire brigade.

If it has been burnt out, do not approach or touch it: Burnt rubber and paint can be hazardous.

What is a "nuisance vehicle"?

In some cases, what appears to be an abandoned vehicle is actually a "nuisance vehicle".

It is important not to waste the time and resources of your local authority on a "nuisance vehicle" as far as possible.

Signs of a nuisance vehicle:
Laws around abandoned vehicles

As a citizen, your interest in an abandoned car will likely end once you've alerted the authorities, but here is a brief overview of the legalities.

A key piece of legislation as regards abandoned vehicles is the Refuse Disposal (Amenity) Act 1978:

"(1) Where it appears to a local authority that a motor vehicle in their area is abandoned without lawful authority on any land in the open air or on any other land forming part of a Highway Road, it shall be the duty of the authority... [subject to provisions] ...to remove the vehicle.”

The full updated legislation can be viewed here

Abandoned vehicles according to Gov.uk:

When removing a vehicle from land in the open air, authorities:

The role of police

Police can also remove a vehicle under the Removal and Disposal of Vehicle Regulations 1986, if the vehicle is deemed to be: 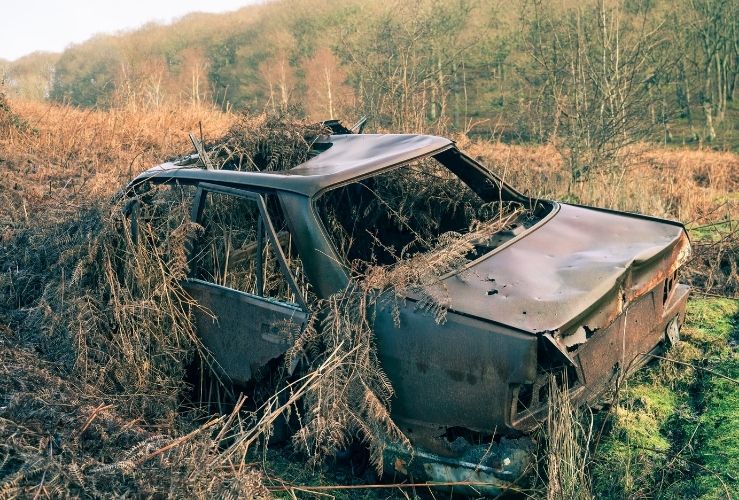 Why are vehicles abandoned?

A motorist/registered car owner/criminal may decide to abandon a vehicle for a variety of reasons, including:

As mentioned, if you suspect a vehicle has been abandoned the best approach is to keep away from it and contact the authorities.