Traction control: What is it? How does it work?

What is traction control?

Traction control is one of the most important safety systems in your car. Here we’ll explain how it works.

How does traction control work?

If three wheels are moving as expected but one is slipping, traction control works with the ABS system to brake the slipping wheel, so that the vehicle can proceed safely.

The system pulses the brakes to slow down the slipping wheel, providing more overall traction on the road surface.

Should you use traction control all of the time?

Traction control is undeniably a highly effective safety feature, but it might not be suitable to have switched on all the time. For example, if you are stuck on a patch of mud or snow, you may need to rock the vehicle back and forth in order to gain traction. However, with traction control turned on, this is not possible.

This issue is further discussed below.

Traction control: on and off

Your traction control system is operated with a button with an icon of a car above wavy wheel tracks.

How to turn off traction control?

Simply press the traction control button so that it pops out and the light goes off.

If you are in any doubt as to the operation of your vehicle's traction control system, check the manual. If you have lost the manual, you should be able to download a digital PDF version from the manufacturer.

The original, if primitive, version of the traction control system was the ‘limited slip differential’, which was introduced in the 1960s. However, this system could not completely eliminate wheel slippage.

Then the Buick Car Company introduced a more sophisticated computer-managed system that detected wheel slips and modulated engine power accordingly - way back in 1971.

Later, in 1979, a "traction monitoring system" was introduced by Cadillaic.

In modern vehicles, the ABS and the traction control are considered part of the same system.

The wheel speed sensors detect the speed of the wheel and communicate this to the ECU. If the system determines that one wheel is spinning faster than the others, the ECU takes over the hydraulic control unit, then applies the brakes intermittently to control the slipping wheel. This then gives the vehicle more overall traction on slippery surfaces.

In the case of two-wheel-drive vehicles, wheel speed sensors are usually only connected to the wheels receiving power.

In some vehicles, the traction control system can manage wheel spin by reducing engine power. This can be effected either by:

When any of the above happen, the driver may sense some pulsing vibrations through the acceleration pedal. 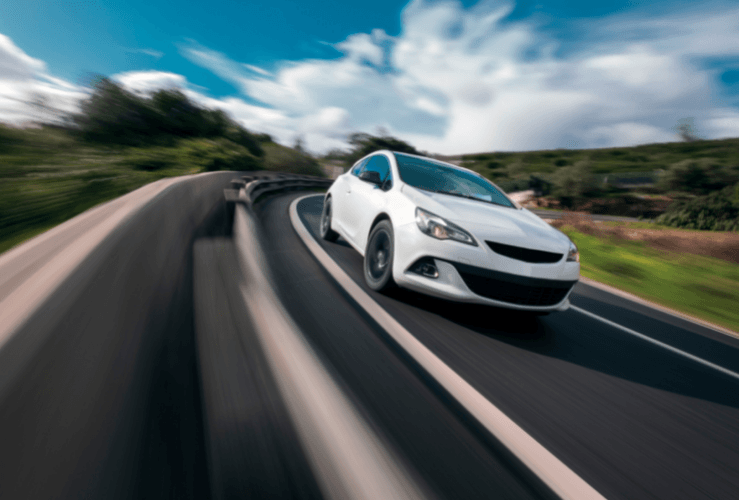 When cornering, the outer wheels spin faster than the inner wheels, because they have to cover more distance in the same time frame.

Without traction control, when the driver applies more throttle while cornering, the wheels may slide. However with traction control on, slipping wheels are controlled, preventing the vehicle from slipping/skidding.

Traction control is activated when the speed of the wheels is mismatched with the overall acceleration of the vehicle.

There are certain scenarios where traction control is not desirable. For example, if your vehicle is at a standstill on a slippery surface, traction control may reduce engine power to the degree that it is difficult to gain enough traction to move off.

In such circumstances, you can turn off the traction control.

In some vehicles traction control cannot be completely deactivated, but it may permit an increase in wheelspin under such conditions.

When to use traction control?

Whether or not you decide to use traction control may depend on your driving style, as well as:

● The weather conditions
● The quality of the road surface
● Type of tyres
● Whether you have front-wheel-drive, rear-wheel-drive, or all-wheel-drive

However, if in doubt, try moving off with traction control switched on.

Vehicles with all-wheel-drive and traction control can get better traction on slippery surfaces. 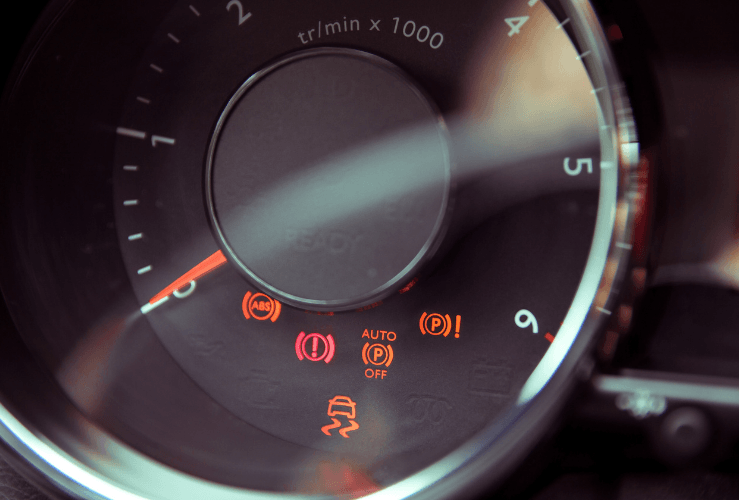 The ‘service traction control’ warning light will come on if the car detects a fault with any of the TCS apparatus - such as a damaged wheel speed sensor, or a problem with the ABS.

If any of these components are not working properly, the car’s traction control may not work properly - potentially putting you, your passengers and other road users in danger.

Some premium vehicles feature launch control systems, which support a controlled, safe launch from standstill. However, these are normally only found in high performance/race/rally cars.

When a driver faces a sudden hazard on the road - such as an animal or another vehicle unexpectedly merging into your lane - there is a tendency to over-correct the steering, which can result in losing control of the vehicle.

Stabilitrak, developed by General Motors, is an electronic stability control system that can sense when this happens, and stabilise the vehicle by controlling the brakes, and if necessary the engine power.

As well as using wheel speed sensors on each wheel, Stabilitrak features a rotation rate sensor which measures the vehicle's lateral speed and centre-line rotation. It also features a steering wheel sensor that determines the driver's steering intention.

These sensors help the ECU work out if it needs to intervene in a particular situation.

Other carmakers have introduced systems that work in a similar way to StabiliTrak, such as Audi's electronic stability program (ESP), and Ford's AdvanceTrac.

In the late 90s, Mercedes deemed ESC such an important safety feature that it recalled 130,000 A-Class cars and retrofitted them with the system.