ISOFIX: How it revolutionised car safety for children

If you are a parent with a young child, chances are you've heard of ISOFIX. It is the international standard for child seat attachments, and it ensures that all cars and SUVs have the same attachment system. This means child seats can be used in nearly all vehicles, and most importantly, can be securely fitted in a manner that assures parents the given seat is not going to shift around in transit.

ISOFIX is International Organization for Standardization standard ISO 13216, and relates to Group 1 child seats. A Group 1 seat is a permanent fixture in a vehicle, secured using a standard seat belt harness. It also features five harnesses to keep the child safely in place. 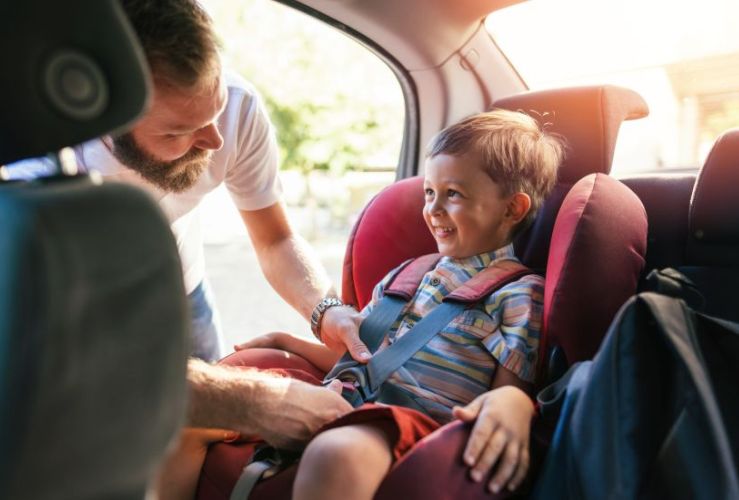 What are the benefits of ISOFIX?

Decades ago, in less safety-conscious times, children often just sat on the lap of a parent or sibling. As time went on, child seats were introduced. These could be secured with a standard seatbelt harness. While this was a dramatic improvement on the early days, it still meant there was no standard way of fitting a seat; securing one relied on the location of seatbelt points, the shape of car seats, and other factors that varied across models.

But in 1999, ISOFIX was introduced, and by 2006 nearly all new vehicles were required to adhere to the standard. It meant all child seats would be secured in the same way, giving real peace of mind to parents; if there was an accident, their child would have the best chances of avoiding injury or death.

This universal anchoring point system led to a dramatic improvement in overall safety performance of child restraints, making installation simpler and minimising the possibility of an incorrect fitting.

Today, all cars sold in the UK adhere to ISOFIX, and feature identical anchor points - including a metal loop usually found in the gap between the flat and upright sections of a car seat. Child seats are now installed with a reassuring 'click', meaning the seat is completely secure.

ISOFIX has the additional advantage of making all seats compatible with nearly all other cars and SUVs, so you can use the same seat if you buy a new car.

What vehicles are not ISOFIX-compliant?

Not all vehicles are ISOFIX-compliant. Vehicles built before the standard was fully introduced (2006) will not feature these anchor points.