UK speed limits: How do they compare to other countries? 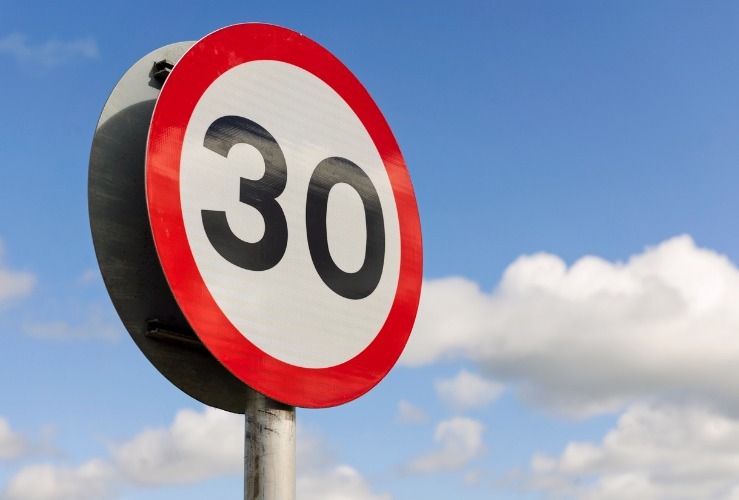 Love them or hate them, speed limits in the UK must not be exceeded. Indeed, they are an absolute maximum and in some circumstances - such a low visibility or bad weather - speeds should be lower in order to stay safe.

For cars, the speed limit on motorways and dual carriageways is 70mph (112km/h) and 60 mph (96 km/h) on single carriageways.

As well as aiming to improve road safety, speed limits are set to minimise the negative environmental impact of traffic, to improve fuel efficiency and to address community concerns over traffic speed and noise.

History
Back in the 1930s, high road casualty rates prompted the government to introduce the 30mph speed limit in built-up areas. In 1965, the 70mph speed limit was introduced on motorways in response to a number of serious motorway accidents that took place in foggy conditions.

Studies have revealed that reducing average speeds by a relatively modest amount results in a substantial reduction in casualties and fatalities.

In 2007 the Parliamentary Select Committee for Transport Safety published a report called 'Ending the Scandal of Complacency'. It stated that when two vehicles collide at 60mph there is a 90% chance of death, but at an average speed of 50mph, the chance of death drops to 65%.

Great Britain recorded its highest road accident fatality rate in 1941, when 9,196 died - partly as a result of the war time black out.

The highest peace-time road fatality rate was recorded in 1966, when 7,985 people died.

In 2017, 1,710 road deaths were recorded. The reduction since the 1960s is even more impressive given that traffic levels are several times higher today.

Much of this improvement has been put down to traffic speed controls.

The UK compared to other countries

Contrary to popular belief, only small stretches of the German autobahn (motorway) have no speed limit and even these feature signs recommending an 81mph (130km/h) - the general autobahn limit. The limit in built-up areas is almost the same as the UK, at 31mph (50km/h), and 62mph (100km/h) outside built-up areas.

The Isle of Man - which is not part of the UK - has no speed limits on some rural roads.

The Northern Territory has a general rural speed limit of 68 mph (110 km/h), but four major highways permit speeds of up to 81mph (130km/h).

The US state of Texas has the highest speed limit in the western hemisphere, at 85 miles per hour.

The province of Nunavut does not permit any vehicle to travel faster than 45 miles per hour.

These two Eastern European nations have the highest speed limits of any European state, at a very swift 87mph - or 140kmph. Whether or not this impacts the road accident rate is up for debate, but Poland, at 93 deaths per million, is more than 50 per cent higher than the EU average of 55.

Will the UK’s speed limits be raised?

While there are no immediate plans to increase speed limits on UK roads, a survey last year suggested UK motorists want the 70mph limit raised to 80mph.

Have you noticed a difference between your speedometer and GPS? Read here for more information.