If you live in a built up area and rarely drive in the countryside, it's worth familiarising yourself with the different terrain, hazards and rules of rural motoring.

From slowing down to let a herd of cattle pass between fields, to being ready for the sudden appearance of a wild animal - driving in the countryside can be as challenging as it is rewarding. 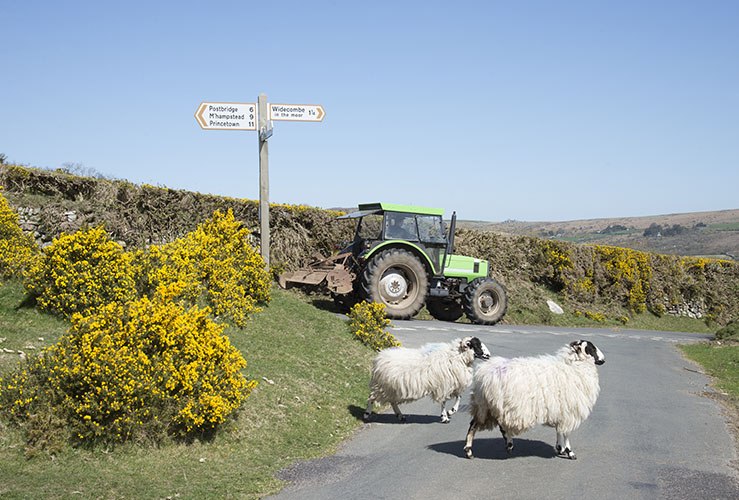 The quintessential British country road is often winding and can be narrow in places. In very narrow lanes you may need to make use of field entrances to let other vehicles pass. If you meet a tractor or even a rural bus on a narrow road, you may need to reverse until you find a suitable passing place. Don't expect the larger vehicle to move, because it probably won't! If you come up against another car, try to reverse or move into any available space - being generous rather than confrontational will get you where you need to be quicker.

Be ready to pass other vehicles with only inches to spare.

Many roads are edged by trees, hedges, and bushes, which can obstruct your view - especially in the summer when the foliage is much denser.

Due to a prevalence of potholes, ditches, puddles, gravel and dirt, rural roads can be rough on your tyres, wheels and axles - not to mention your paintwork. 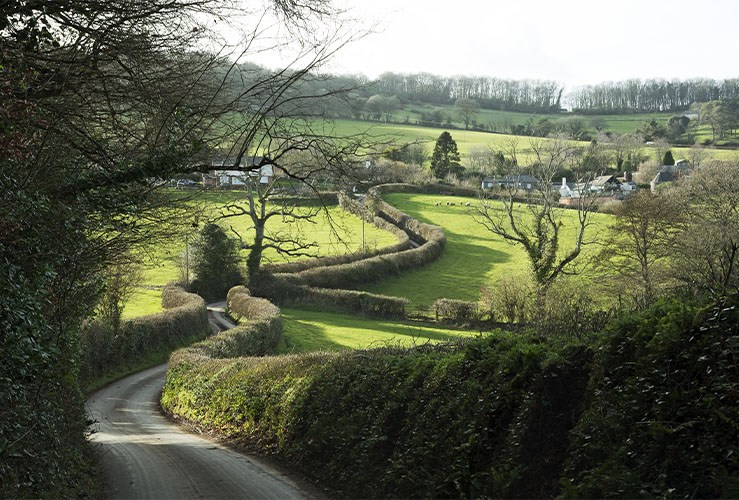 Some vehicles - often sports cars - have low ground clearances. If you're lucky enough to own one of these, you'll need to exercise caution in the troughs, peaks and hump bridges of country lanes (or avoid them altogether). 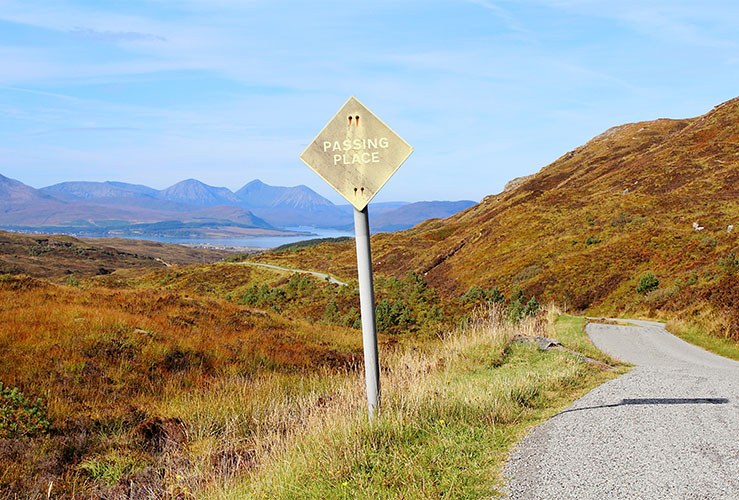 While speed limits may be higher on rural roads compared to those in the city, it's important to use your common sense.

Occasionally farmers need to move their cattle across roads or lanes. Sometimes a herd may need to travel down a lane some distance before moving into another field. Be prepared to turn off your engine and wait patiently.

When driving near free-grazing ponies and sheep (such as appear on Dartmoor and in the Scottish Highlands where there are many fenceless roads), keep your speed low and maintain a safe margin. Do not stop to feed the animals as this encourages them to stay near roads, which puts them in danger.

Do not pass a horse rider at speed as this can spook the horse. Do not use your horn or rev your engine. Treat horses as potential hazards.

It's critical not to drive too fast at night on country roads, as hedgerows, dry stone walls, and fences can loom into view very quickly - especially when you are not familiar with the roads. Wild animals such as deer might also appear, potentially forcing you to make an emergency stop.

Driving on country roads is simply more dangerous than on urban ones. According to the RoadSafetyObservatory.com, “In 2015, 63% of all fatal accidents occurred on rural roads”. A key reason for this is that drivers travel at higher speeds in the countryside. Reduce your speed and avoid sudden acceleration to stay safe. 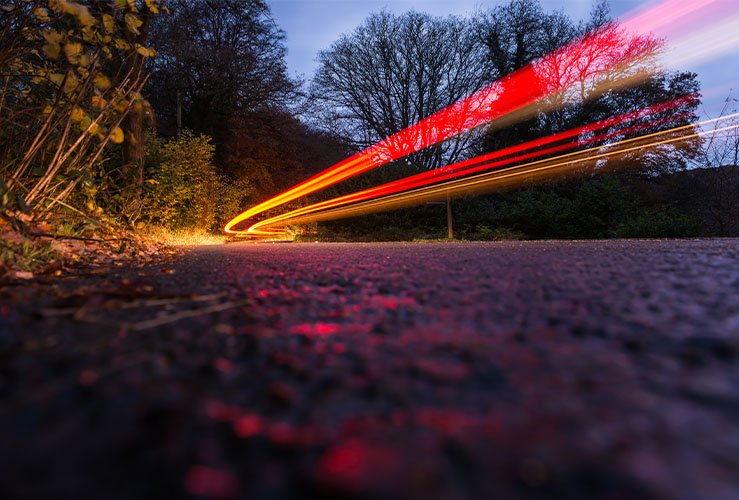 More tips for driving at night

Take care not to dazzle other drivers with your high beam headlights (dip them if you're closer than 200m from another vehicle). In winding country lanes, be aware of other drivers who haven't dipped theirs.

Staying alert in the countryside

Because country roads are quieter than those in the city, you may be lulled into a false sense of security. This can mean your eyes are more on the beautiful scenery or the map than they are on the road. But it's important to stay alert, as the terrain and wildlife of the countryside may present hazards that just don’t exist in the city.