While in everyday life receiving an 'endorsement' is regarded as positive, in the realm of UK motoring law it is very much the opposite.

If you are convicted of a motoring offence, a court may 'endorse' your driving licence with penalty points. The number of points added depends on the nature and seriousness of the offence.

Courts can also hand down fines and custodial sentences, depending on the offence. 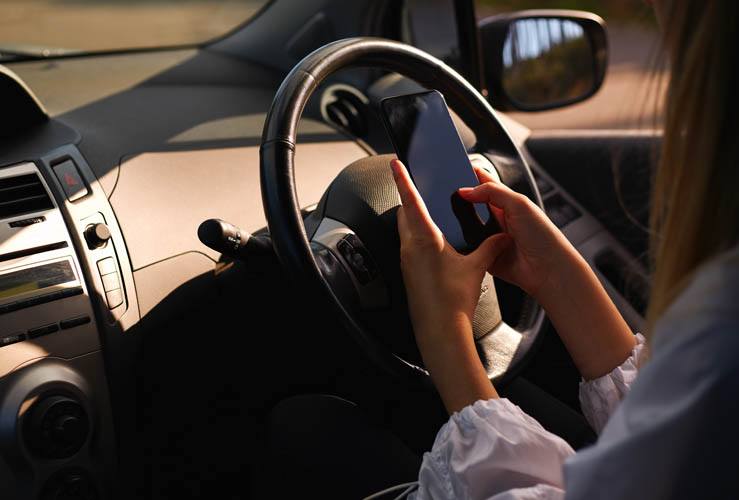 A worst-case scenario is when another person dies as a result of careless driving - for example when the driver is unfit through drink or drugs, or when due to general careless or inconsiderate driving. In such cases a larger number of penalty points is likely to be added, alongside the potential of a fine and a prison sentence.

It should be noted that a more serious case - where there was an even lower standard of driving - might attract a 'Reckless/dangerous driving' penalty instead, depending on the judgment of the court.

At the other end of the spectrum, an instance of careless driving may involve driving too close to a vehicle in front (“tailgating”), which might not result in a collision but is still regarded as careless driving.

More on what is considered careless driving

Tailgating, lane hogging, and undertaking are all examples of 'careless driving'. They are more than just bad habits - they are actions that fall below a minimum expected level of careful and competent driving. The modern motorist faces additional potential distractions that were not around thirty years ago, such as smartphones, navigation systems and entertainment systems, which might influence a case of careless driving.

More serious instances of careless driving are always dealt with by a court appearance.

Less serious instances of careless driving may be dealt with by police warning with no further action, or a fixed penalty and an offer of driver education.

How the The Road Traffic Act 1988 describes careless driving:

"If a person drives a mechanically propelled vehicle on a road or other public place without due care and attention, or without reasonable consideration for other persons using the road or place, he is guilty of an offence."

For a complete list of careless driving offences and penalty points, visit gov.uk.