Safety equipment: What to look for when buying a car 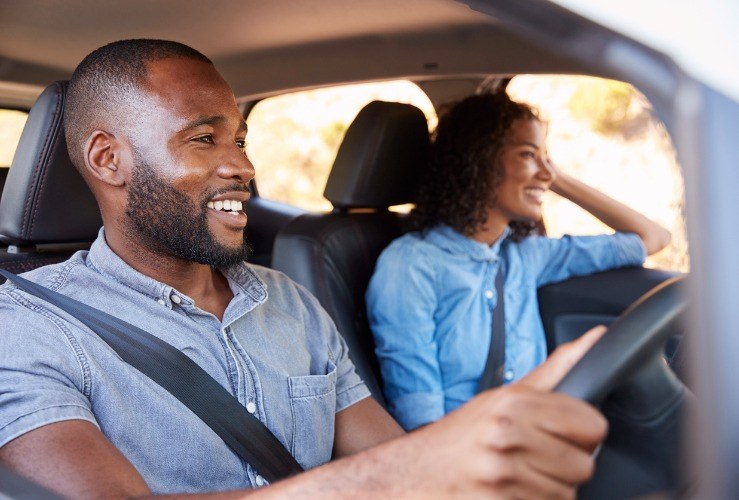 Motivated by both legislation and consumer expectations, car manufacturers have invested huge amounts of time, effort and money into their products over the years, resulting in a choice of vehicles that in most cases offer excellent safety equipment.

That said, not all cars are created equal. Before you buy a car – new or used – you should understand the featured safety equipment and its effectiveness, since the safety of you and any passengers you carry may one day depend on it.

All cars must now be equipped with certain features – such as ISOFIX child-seat mounts, anti-lock brakes (ABS) and electronic stability programmes (ESP). Some newer features are not legally required, but are commonly included. Among these are lane-departure warning (LDW) and emergency braking (AEB) systems.

Before you buy a car

Don’t sign on the dotted line until you have taken your prospective vehicle out for a drive and tested the seatbelts. Ensure you can see clearly and that roof pillars and head restraints do not obstruct your view. Test driving the car in the dark will also allow you to check how effective the headlamps are.

Unsurprisingly, seatbelts are one of the most important safety features in your car. They keep you in your seat in the event of a crash and prevent your body from connecting with the dashboard or windshield.

In recent years more cars have been fitted with the following seatbelt safety features:

Adjustable upper belts: this allows the user to adjust the upper part of the belt in order to accommodate their size. Since this feature makes wearing a seatbelt more comfortable, it may better encourage usage.

Energy management features: these ensure that the chest does not receive too much pressure in the event of a collision.

Airbags provide protection to the head and other parts of the body in the event of a crash.

Side impact airbags help prevent injury from debris entering the vehicle, as well as from hitting parts of the car itself.

It should be noted however, that airbags are designed to work in conjunction with seatbelts, since they ensure people are in a particular position. Injury may result from the airbag itself if an occupant is not wearing a seatbelt.

It should also be understood that certain airbags are of no use in certain types of collision, such as roll-overs, or impacts from the rear or side.

Those aged 12 and under should always be seated in the rear, because front airbags can cause injury or even death.

All cars must include head restraints in the front seats, but are not required in rear seats. They help prevent neck injury in any collision. The most effective protection is provided by dynamic head restraints.

Many cars feature foam cushioning in headrests to protect the head during any impact. However, many new cars now feature rear airbags in headrests instead. All head airbags deploy in any side impact, some of which are released during any rollover.

Heavier vehicles tend to be safer than lighter ones with the same safety equipment, according to crash data.

Many newer cars feature antilock braking systems (ABS). In situations where the driver "panic brakes", this system stops the wheels from locking. This technology should be used appropriately in order to be effective.

Some ABS systems also feature brake assist, which helps deploy the brakes more quickly in a situation where the brake pedal is not depressed hard or quickly enough.

Vehicle stability is enhanced by traction control technology, usually found in vehicles featuring four-wheel anti-lock braking systems. Traction control manages the degree to which drive wheels are able to slip when the driver uses too much power. Engine power output is adjusted in such systems through computer-controlled application or engine adjustment.

With a view to maximising traction, all-wheel drive (AWD) distributes power to front and back wheels. This system does not stop the drive wheels from slipping during the application of excess power – unless working in unison with traction control.

This type of system goes by various names, depending on the manufacturer. It is designed to help the driver stay in control while undertaking extreme steering. It senses oversteer and understeer and activates braking to one wheel at a time. Electronic stability control was designed to help prevent a vehicle from leaving the road and rolling over having struck a curb, guard rail or other object. Such systems are not effective in scenarios where a vehicle's speed is too high in relation to the curve or the given traction.

Cars with highly-rated safety equipment – based on Euro NCAP tests

A car’s safety is established by the European New Car Assessment Programme (Euro NCAP).  10 of the safest cars at time of writing are listed below. Bear in mind that some older cars with high ratings may have been tested in previous years when tests were not as stringent.